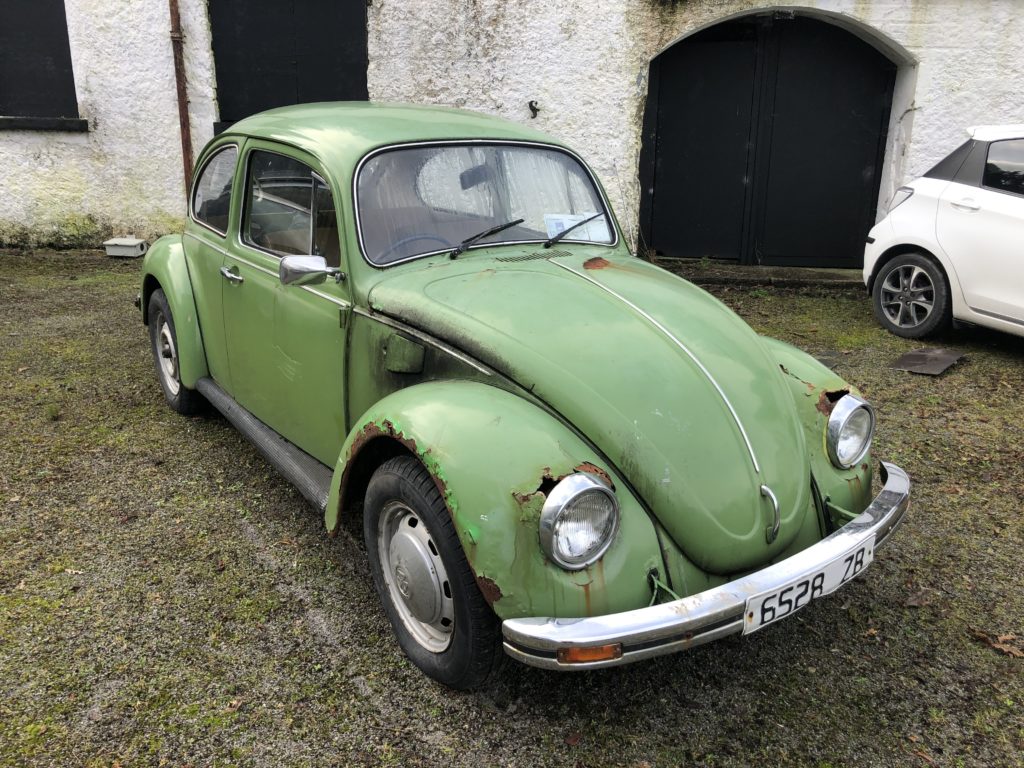 It was only recently that I wondered what ever happened to this Beetle when I saw one of its previous owners. I knew the car very well and admired it through its various owners and hoped that when it would come up for sale that I would be in the right place at the right time but alas that was not to be as it was sold out of the area. I thought it would pop up on a club forum being restored or perhaps I would see it at a show but there was no sign of it, until recently when it came up for sale in County Limerick. Sadly, the Beetle had seen better days and was a lot rougher than the optimistic photos in the advert hinted at. I decided not to pay the price being asked and walked away. I didn’t think I would walk away seeing as I am looking for a Lofoten Green Beetle at the moment and also because I know the history of this Beetle but sometimes you have to be practical I suppose.

Built as part of the CKD production line in MDL, this 1200 Lofoten Green (L61H) Beetle was sent to Harry O’Sullivan’s VW dealership in Fermoy, County Cork. In March 1976 a priest from outside Fermoy became the first owner of 6528ZB. He kept his Beetle with him when he moved to Mallow in 1983 but sold it to a family in Castletroy, Limerick a year later. The family used their Beetle for the next 5 years and if I am correct, the Beetle even managed to find itself on its roof at one point.

In 1989 the Beetle was then sold to an older lady in Castletroy who kept it in her garage and used it sparingly for the next four years before selling it to its next owner in Cork.

The Beetle had seen a lot of running repairs over the years including a repaint in a colour that looks more like Manila Green (L63Y) than Lofoten Green and it is now in need of a full restoration. The gearbox needs replacing and the engine was not in the car at the time of viewing. It’s great to see that the Harry O’Sullivan dealer sticker still survives on the glovebox lid.

The new owner is looking forward to getting into a full restoration very soon. We wish him all the best and can’t wait to see 6528ZB out and about at some shows in the near future.