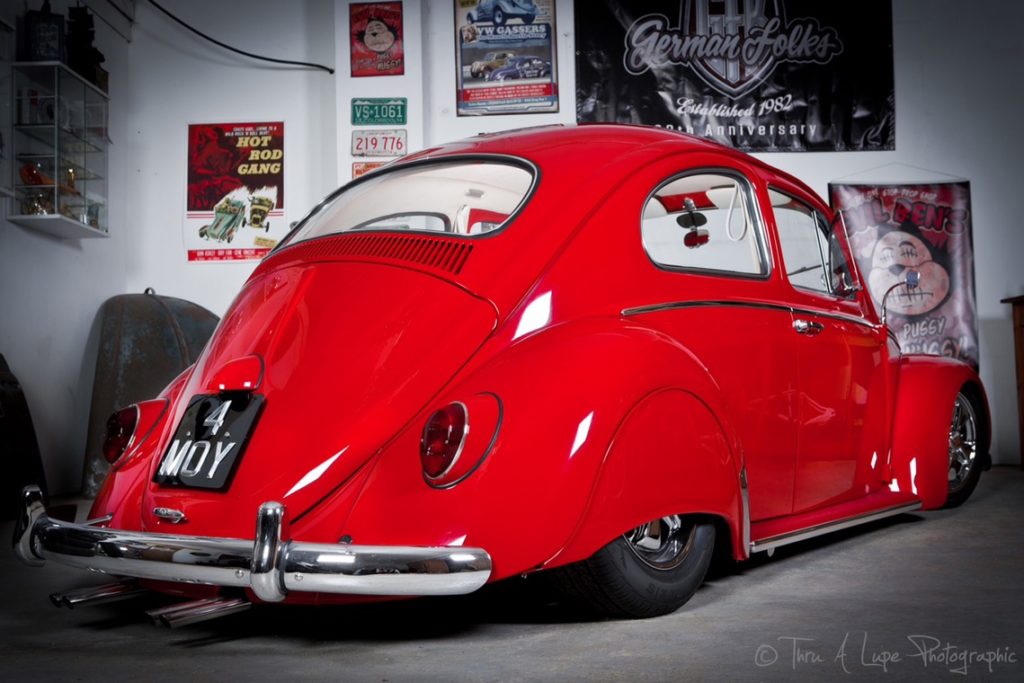 This was one of the cars that made up a collection owned by Wayne McCarthy, not all at once but a collection none the less. Wayne has bought and sold quite a few show winning VWs over the years and has restored more than one. Although most of his VWs would not have been registered on Irish plates (as they may have been sold back to the UK) they spent a long time on Irish soil making a big contribution to the Irish VW show scene which is why they are included on Beetle.ie

1962 Swedish Import that was almost ready to rock as it was with patina to die for but that wasn’t goingt o work for Wayne. He had the floorpan detailed to such a level that it was the only floorpan to get its own space on deisplay at the Volksworld Show in Esher, Surrey. Spurred on by the reaction to the detailed ‘pan, Wayne decided to change his plans for a patina body and detailed ‘pan to having a 100% show detailed body as well. What followed was one of the most anticipated show builds in years. Word spread that even the back of the radio was being chrome plated, and they were right. This Beetle won a Top 20 the first time it was shown at the Volksworld Show and then went on to set a record by winning Best of Show the following year. That had never been done before and it’s never been done since! The level of detail is just out of this world. It has been featured in magazines, publications and even went on to win an award at the Classic Car Show at the NEC and that’s not an easy thing to do. I think it’s fair to say Wayne has got the VW bug bad!

The Beetle was sold to a Porsche dealer in London who wanted it for display in his showroom.