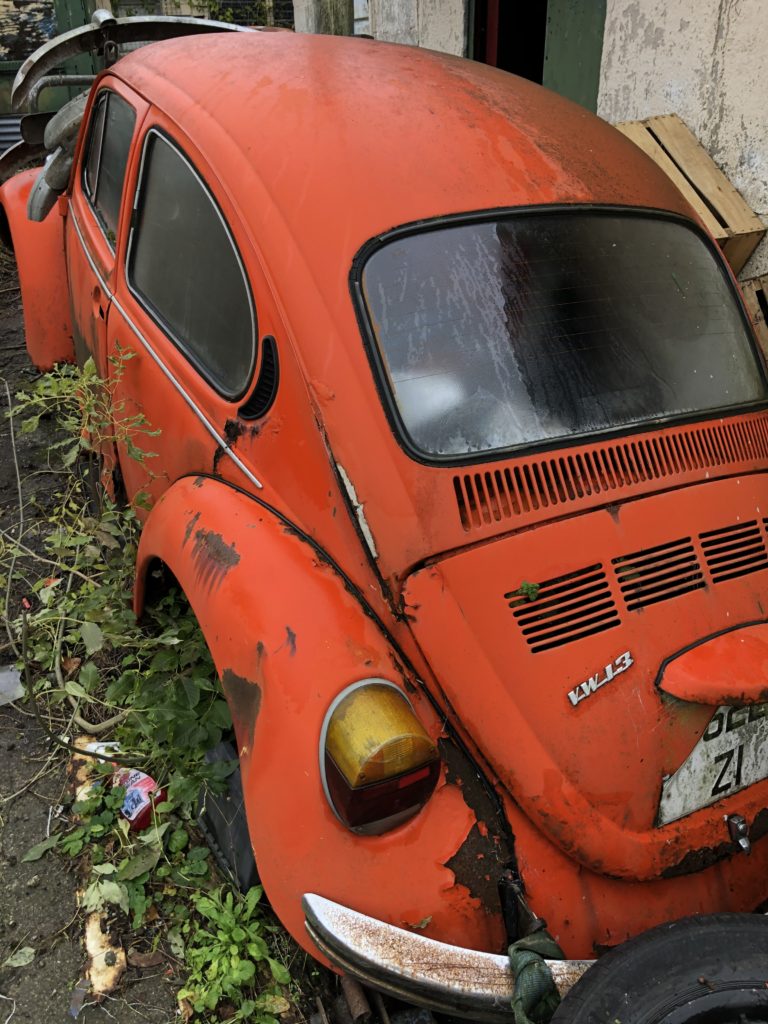 As much as we at Beetle.ie love old Beetles, not to mention special edition Beetles, there comes a time when even we have to acknowledge when a Beetle is just too far gone for the majority of enthusiasts. Now there may be some who would take this one on and in reality, anything can be restored with enough time and skill and of course repair panels but from a financial point of view this would eat up lots of your VW play money. It’s a lot worse than it looks in the photos, not to mention the fact that its 1600cc engine is gone and so is the GT gearbox. Its GT wheels have also long since vanished. It’s a shame really as 1300S / Power Pack Beetles are getting harder and harder to find.

1622 ZI was one of the consignment of 300 Tomato Red (L30M) 1300S / Power Pack Beetles that were destined for Ireland as soon as they rolled off the production line in Belgium. Well, when we say it was one of the 300, that’s not exactly true as it seems to have been delayed and didn’t seem to have made it on the boat with its 299 other siblings. It was noted that this 1300S was ‘en route’ while all others had already been delivered. It must have arrived very soon after as it was registered in March which is roughly around the time that every other 1300S was registered. The majority were registered in February and March 1973.

We’re not sure of its history after it was registered on Monday March 5th 1973 but we think it was still on the road up until the early 1990’s at which point it was taken off the road. We’re not sure why it was taken off the road but judging by the fact that it has been stripped of many of its useful parts we would like to think it went on to keep many other Beetles alive and motoring so it’s not all doom and gloom with this sad looking 1300S / Power Pack Beetle.