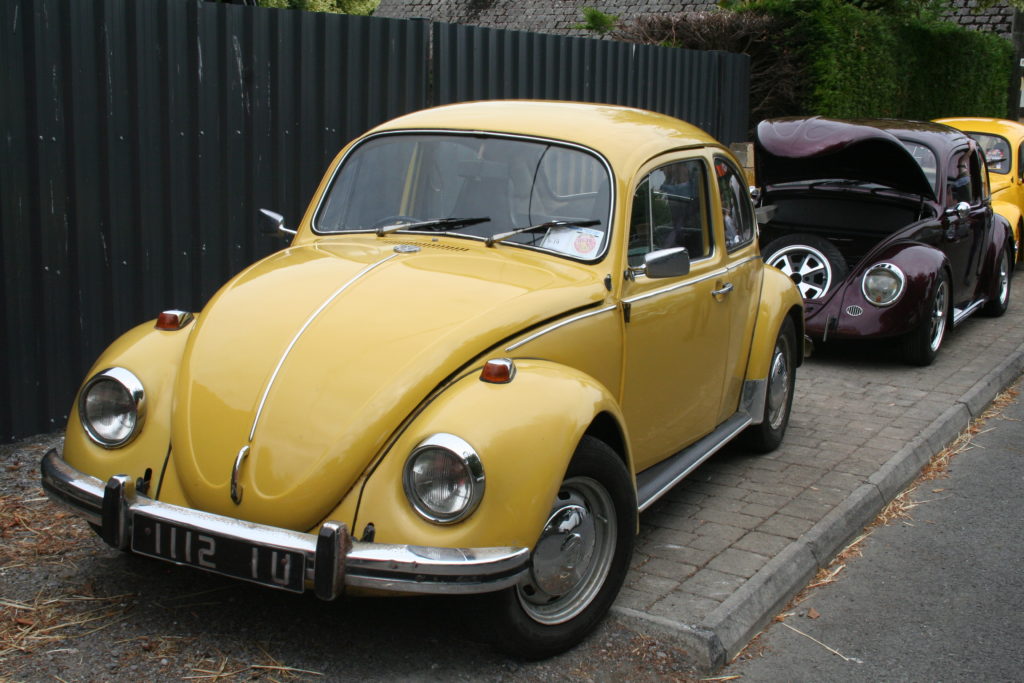 This Anniversary Beetle was purchased from its original owner when it went up for sale in Franklin’s Garage, Limerick back in 1993. And today it’s still in the same family ownership. It has undergone many repairs along the way to keep it on the road as well as a full respray in its original Texas Yellow. It has been the learner car for all of the family members and has collected christmas trees, been the main car at family weddings as well as being their pride and joy.

UPDATE 20-8-19 by Cathal: Built at the MDL plant on the Naas Road in Dublin, this Anniversary Beetle was registered in County Limerick on 11th April 1972. It was owned by the Sheehan family in Limerick who run a family butchers. After 21 years of ownership the time came for the Sheehan family to sell on their well cared for Beetle. I had the pleasure of being in this Beetle before it went up for sale and it drove so well that it was obvious that the low mileage of under 40k miles was genuine. When it came up for sale in 1993 I looked at it with the intention of buying it. I went home to do my sums and decided to buy it so I rang back but it was just gone. The current owners had put in a bid but I’m glad they got it because they really love their Beetle and have minded it for longer than the original owners.

I have added some photos of this Anniversary Beetle taken at the Jumpstart VW Show in 2018.

Being one of the only surviving Anniversary models it’s great to see it out and about. this is a rare Beetle but being relatively stock looking you could be forgiven for walking by. It left the Dublin factory with (as standard on an Anniversary Beetle) accessory over-riders on the bumpers, highback seats, heated rear window, intermittent wipers, 1300 engine, Texas Yellow (L10B) paint and most of all, a rare dash plaque to tell you that this is a limited edition Anniversary Beetle.