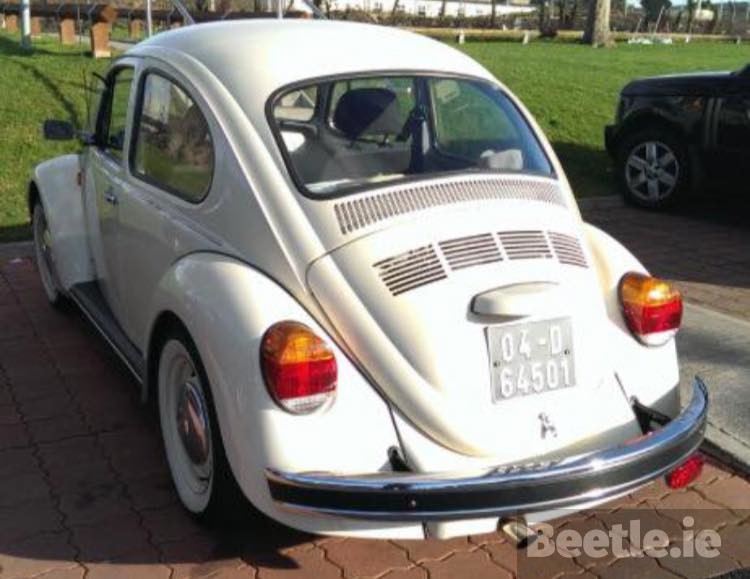 This may well be THE VERY VERY LAST brand new air-cooled Beetle to be registered in Ireland. EVER!

I spotted this Beetle in a truck yard near Clarina, Co. Limerick in April 2004. It was literally fresh off the boat, having only been unloaded off the truck that morning. I spoke to the man who imported it (with great difficulty I’d imagine!) directly from VW Mexico as a personal import. It didn’t come through any official Irish or European channels, I think he did it just to see if he could more than anything else!

When I saw it it hadn’t yet been registered and had all the wrapping and packing any car coming straight from the factory and onto a ship would have. The sea air hadn’t been kind to the Mexican chrome, even fresh off the boat, the headlamp rings and bumpers were already showing rust. I can only imagine it needed a few hundred spent on new chrome bits to put it back to proper “New Car” condition.

It’s an Ultima Edicion model, a final Special Edition Beetle to commemorate the end of worldwide Beetle production, in 2003.