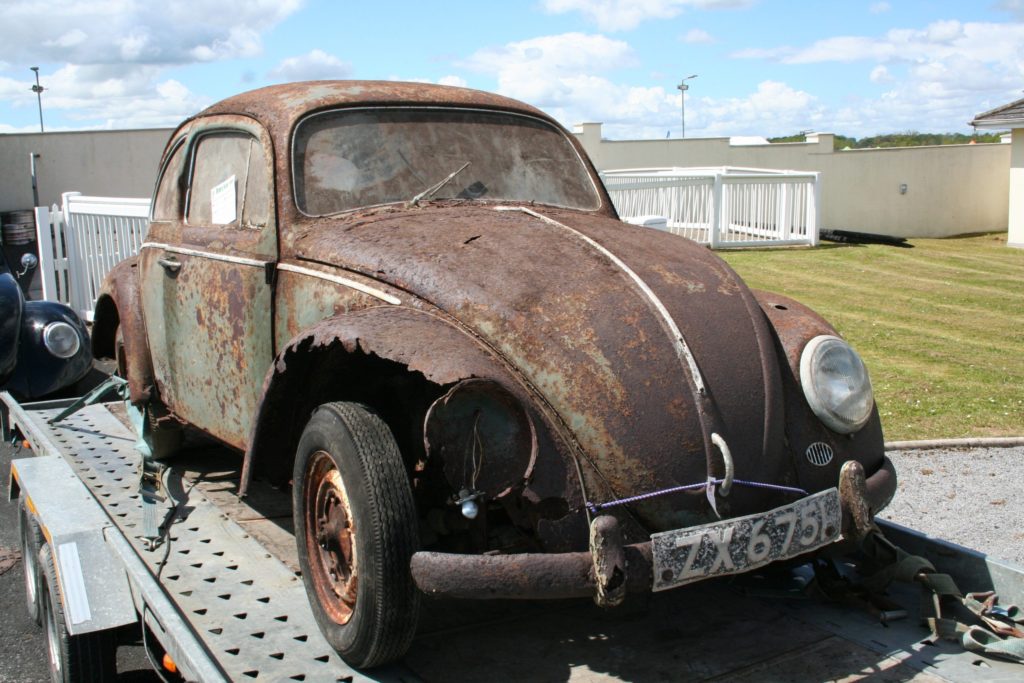 Tommy Walsh is never happier than when he is digging an old abandoned VW out from a barn or shed and this Beetle is a prime example. Tommy knew about this Beetle (and the 1969 Beetle PIN 428 beside it) for a long time but the owner was not letting go. That all changed in 2019 when Tommy got a call to say he could be the new owner. Tommy wasted no time in getting to the location and making a start on extracting them, which wasn’t easy as this 1959 Beetle had been sitting in the same spot since 1969. After freeing up the wheels and fitting a set of wheels Tommy dragged this sleeping Bug outside for the first time in 50 years. Rather than starting a strip down Tommy waited until he had displayed it in its as-is state and the show he chose to do that was Motorfest Ireland in Limerick Racecourse which was held on May 19th 2019. Needless to say this was one of the most photographed and talked about car that day!

The back story to this Beetle is that it was assembled in MDL on the Naas Road in Dublin at the end of October 1959. It was finished in Deluxe specification and painted Agave Green (L240). Once successfully through the quality control check, this 1200 Beetle was sent to Modern Motors Tralee on November 12th 1959 where it was sold to its first and only owner so yes, Tommy is only the second owner of this classic VW Beetle since 1959! 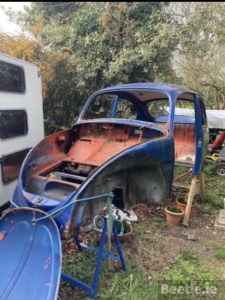