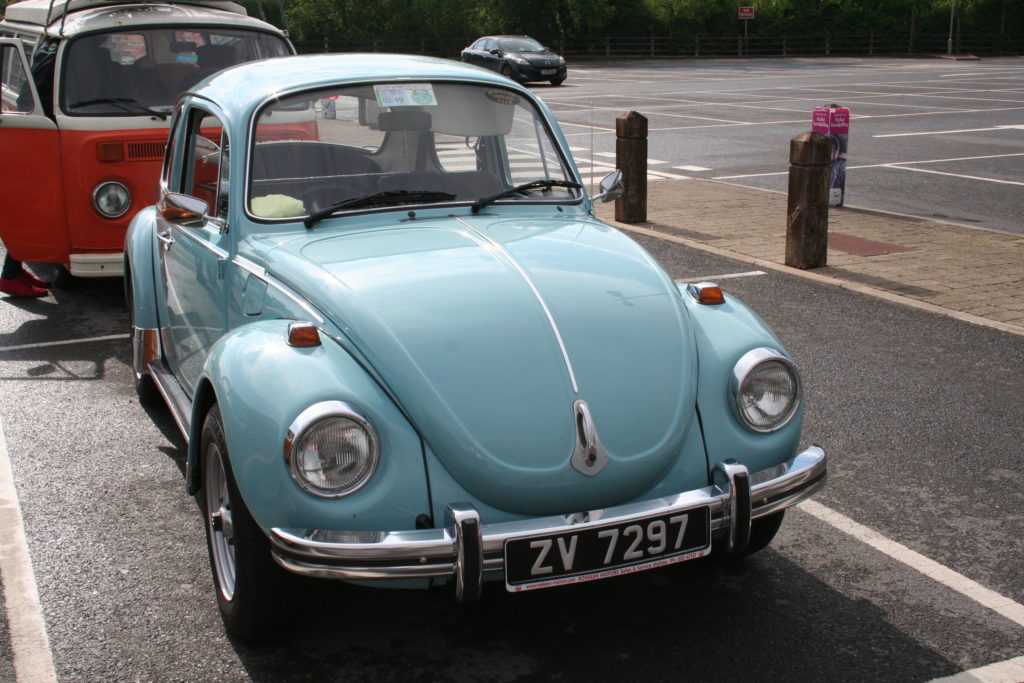 Beetle mad Pat O’Flynn bought this Beetle from a very careful and proud owner in Dublin. He had sadly suffered a stroke and was unable to drive it so made the tough decision to sell his Beetle. Realising that Pat was a genuine enthusiast he agreed to hand over the keys in 2012. Pat’s next port of call was the well known Emilio’s Beetles in Kildare. Anyone who knows VWs knows Emilios’s Beetles as they have been in business for many years keeping Ireland Beetling.

Such was the waiting list for an Emilio restoration that Pat had to wait until the following year before Emilio could begin the restoration but once you see the finished product you’ll see it was worth the wait.

The Beetle was imported from Northern Ireland and the mileage of 50k is believed to be the original judging by the overall condition of the body and the interior which had suffered only minor wear and tear over the years as you would expect.

With the body repainted in its original L45 Marina Blue, attention turned to the interior and not to let the rest of the car down the decision was made to replace the stained and dulled headliner with a new white headliner. The seats which were worn and had only a few tears were recovered and a new carpet set also found its way in there giving the interior that new car small.

This 1303 is Pat’s pride & joy and if you were ever in any doubt about that, when I tell you that Pat stores his Beetle in a dust and moisture free air bubble, that should clarify his commitment to maintaining this ‘super’ Super Beetle.

UPDATE 20-08-2020: We have added some recent photos which show Pat working on his pride & joy. Pat keeps his Beetle in excellent condition and when they say a labour of love they are referring to Pat and his Beetle – he absolutely adores his Beetle and it’s a credit to him. It really is in immaculate condition, and you can see why when you look at these new photos.