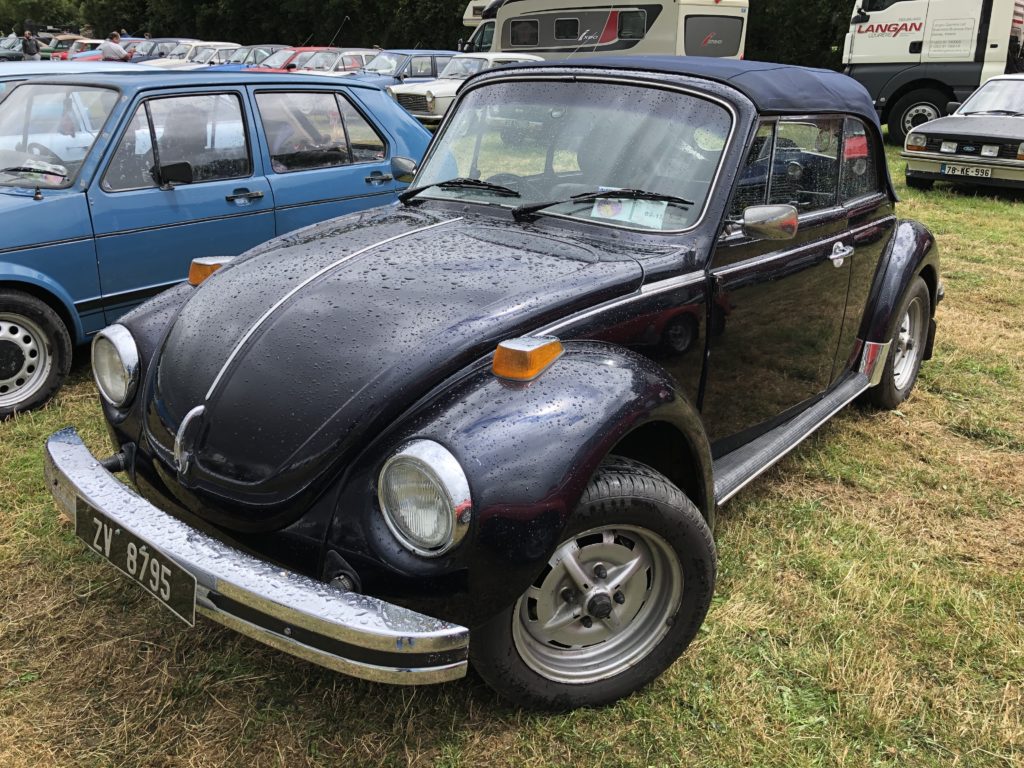 A black Karmann Beetle Cabriolet is one of the nicest looking Beetles as it harks back to its original 1930’s style. This Karmann Beetle is a US import that has been converted to RHD at some point in its life. It’s a late 1974 model but has the later Cabrio only seats fitted.

Sadly, as can happen with convertibles, the hood frame has weakened in areas and it is quite noticeable around the rear window so the owner has a job for the winter! We spotted this Karmann Beetle Cabrio at the 2019 Charleville Show and it looked really nice on its way in to the grounds.