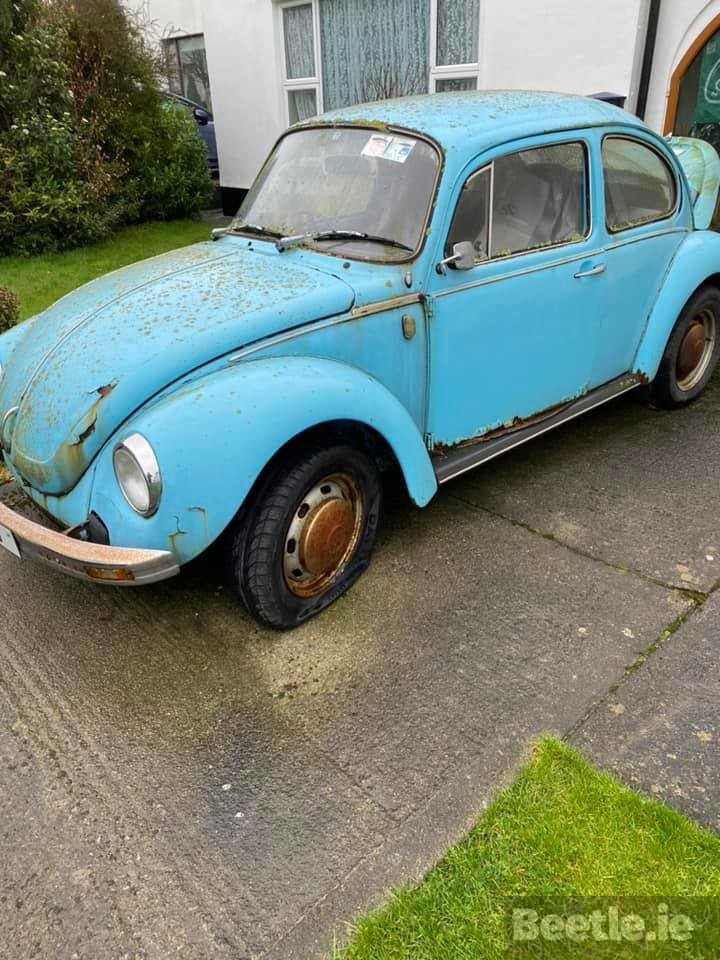 (a) Country of origin:
Japan

Declan Langton was the first responder so to speak because once he found this Beetle and knew the owner wanted to move it on, he alerted the Irish VW community. Declan very kindly found out some information about it and provided the contact details for the seller. Not one to hang about when it comes to aircooled VWs, Cormac Reddy, he of The Southern Volks Folks, stepped up and became the new owner. Cormac arranged to have the 1303 collected on a tow truck and brought to his lockup where it will stay until he has the time to get it back on the road.

Cormac said that despite being idle for over six years, he had the engine up and running in two minutes. This isn’t Cormac’s first Beetle so he knew what to do so he “turned the 1600cc engine over until the oil light went out, then filled the carb with go-go juice and it fired up after only four turns”.

This 1303 is not an Irish or even a UK import but is in fact a Japanese import. First registered in Japan 1975 the 1600cc Beetle was processed by the importer Yanase Vehicle Importers. An easy way to spot a Japanese import is the additional indicators on the front quarter panels. In April 2009, this Marina Blue (L54D) 1303 made its way to Ireland and was registered to its first Irish owner in May. That owner was in Dublin and it is still in Dublin to this day, although, as Cormac points out, the time spent by the coast has not helped the rust issues.

Best of luck to Cormac on his new purchase, whether he restores it or finds it a new home.