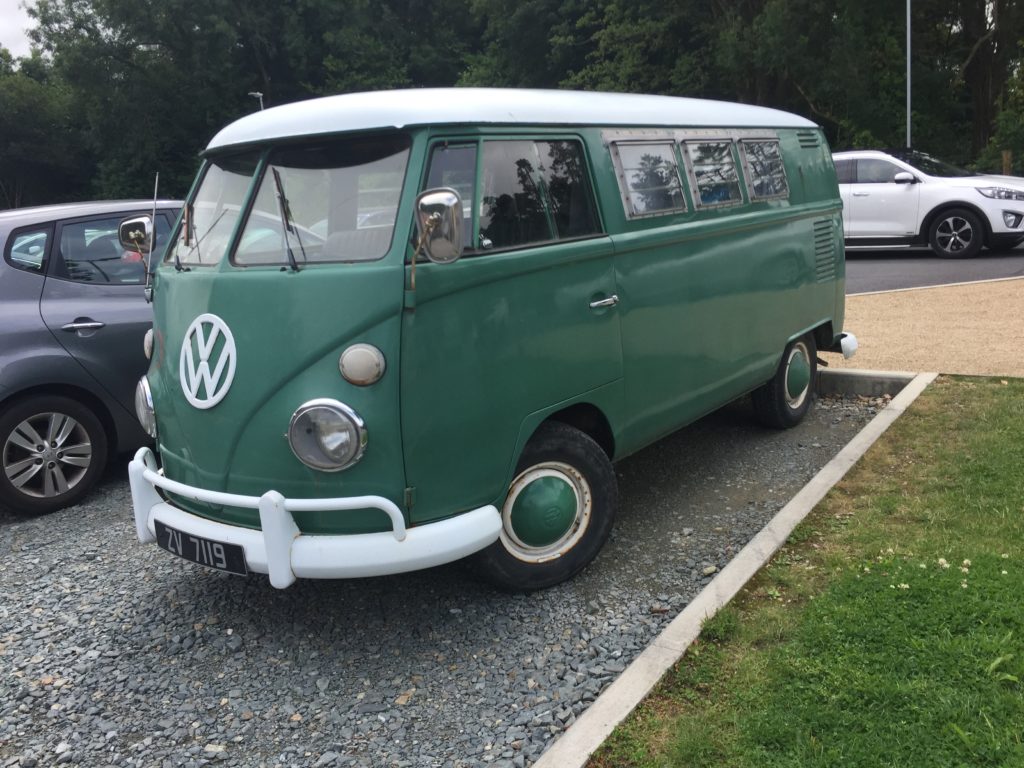 Here’s something you just don’t see every day in Ireland, and certainly not something you see in a car park. Noah Ryan spotted this and when he did he had to take some photos. “I went to Johnstown Castle for the Waterford Car Club car show and this was in the car park outside the show.”

The Split Screen Bus is a 1967 US spec model that was imported in the late 1990s/early 2000s we believe. The Velvet Green (L512) Type 2 looks like it has been converted by Sundial Campers in the US. It’s currently running a 1600cc engine which should be enough to help this Splittie keep up with modern traffic.