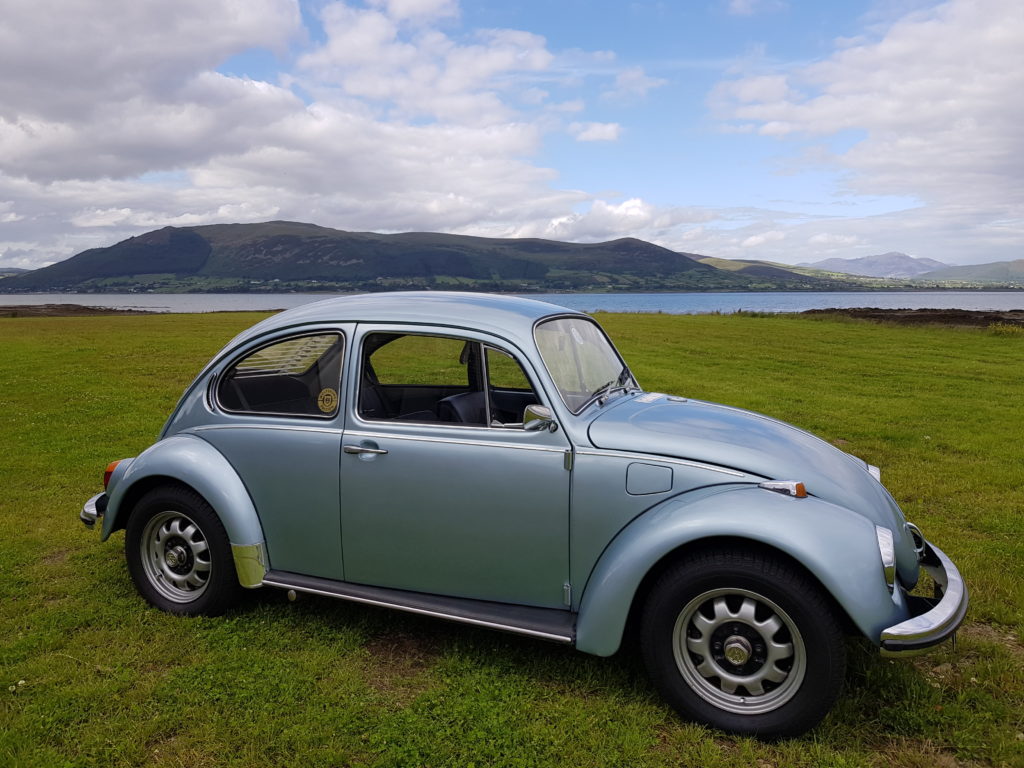 We were hoping someone would submit their Marathon Beetle in time for the 50th anniversary of Volkswagen’s record breaking production run of the Beetle which happened exactly 50 years to the day and they did, just in tome too! Yes, with today being February 17th 2022 it is exactly 50 years since Beetle production passed that of the Model T Ford when Beetle number 15,007,034 rolled off the production line. Obviously, this was no ordinary Beetle as the worlds press would be watching so VW presented the ‘Der Weltmeister’ (The World Champion) or Marathon Beetle as we knew it here in Ireland.

Of the three (not including the Ireland only Colorado Beetle) special edition Beetles available in the 1970s; the 1300S or Power Pack Beetle, the Anniversary Beetle and the Marathon Beetle, only 2 special editions were assembled here; the Anniversary Beetle and the Marathon Beetle. Of those 300 Irish assembled Marathon Beetles, very few have survived to this day. We do know of some that have made it but due to various renovations and modifications, wheel and colour changes over the decades, it’s now almost impossible to differentiate a Marathon Beetle from any standard Beetle without being able to check the chassis numbers.

This particular Marathon Beetle was a UK market model originally but now resides in County Louth and is the absolute pride & joy of its new owner and his family. We’ll let the owner tell you all about his Beetle.

“Of the c.6,000 units made to celebrate the world record, some 1,500 right-hand drive cars were earmarked for the British market. It’s thought that approximately 150 survive today.

The World Champion was instantly recognisable due to its Marathon Blue metallic paintwork (L96M) and the 10-spoke pressed steel wheel, manufactured by Lemmertz (000 071 475B). Sprayed silver with a black centre section, the wheel’s attractive appearance was enhanced by a polished alloy centre cap stamped with the VW roundel, and 19mm grey plastic wheel nut covers. A 50mm diameter medallion which read ‘Der Weltmeister, Wolfsburg, Germany, 1972’ was offered with the car to attach to the dashboard.

This particular Beetle, registered June 2nd, 1972 as ‘WJO 444K’, was acquired in December 2019. It remains in Dundalk where it is cherished by its new owners and their children.”

Thanks to the perfect timing of the owner, we now have a Marathon Beetle to celebrate what was, and still is an amazing achievement for a basic peoples car.