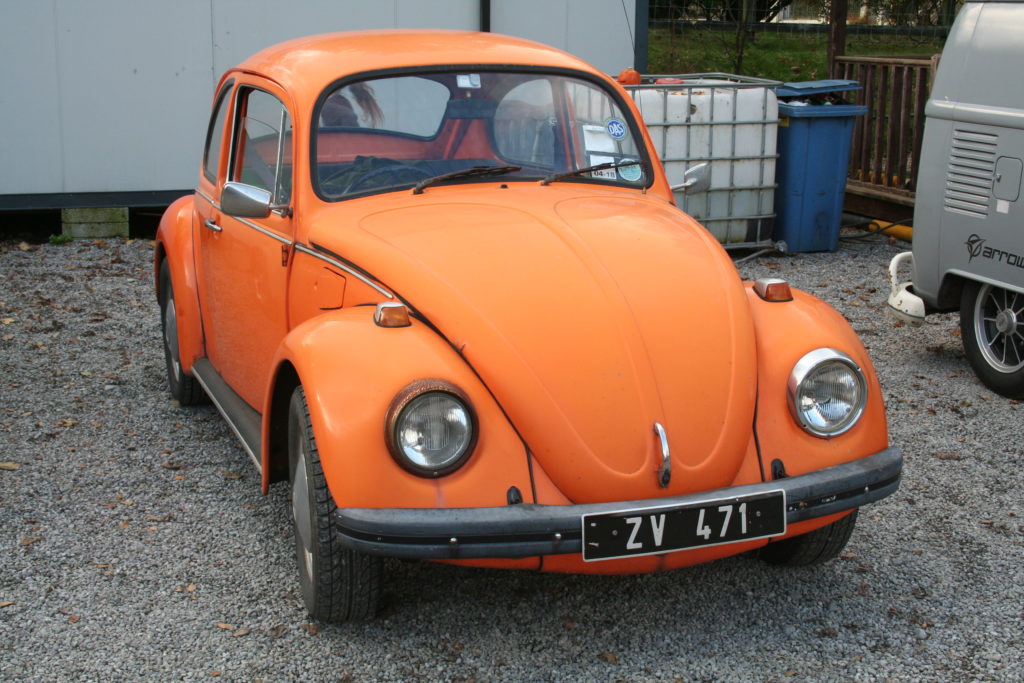 This Base Model Beetle was spotted by us at Barn Bugs & Wags (BB&W) back in October 2017. BB&W is run by Jon White and the VW Spares team in October every year. The show is held indoors but if you’re a latecomer (like me) you’ll have to park outside. This Beetle was driven by one of my tardy comrades.

In speaking with the owner we learned that the Beetle is pretty much original including the paint although it does look like a slightly different shade of orange, even taking the fading into account. He is very proud to say that he uses his Beetle every day in all seasons although he would love to keep it indoors but does not have a garage to store it. There are a few marks and scrapes from being parked outside and used in a city but that adds to the charm and character of this very basic model. Rust is something every VW owner dreads seeing and unfortunately this 1974 Beetle has not escaped either. Having said that it’s not too bad at all, with small blisters beginning around the bumper slots on the edges of the wings and bonnet as well as on the rear valance.

There are no creature comforts like full headliner, padded dash, padded steering wheel and full carpeting so it will be louder than a regular Beetle so hats off to the owner for keeping the aircooled flag flying on the roads of Dublin.