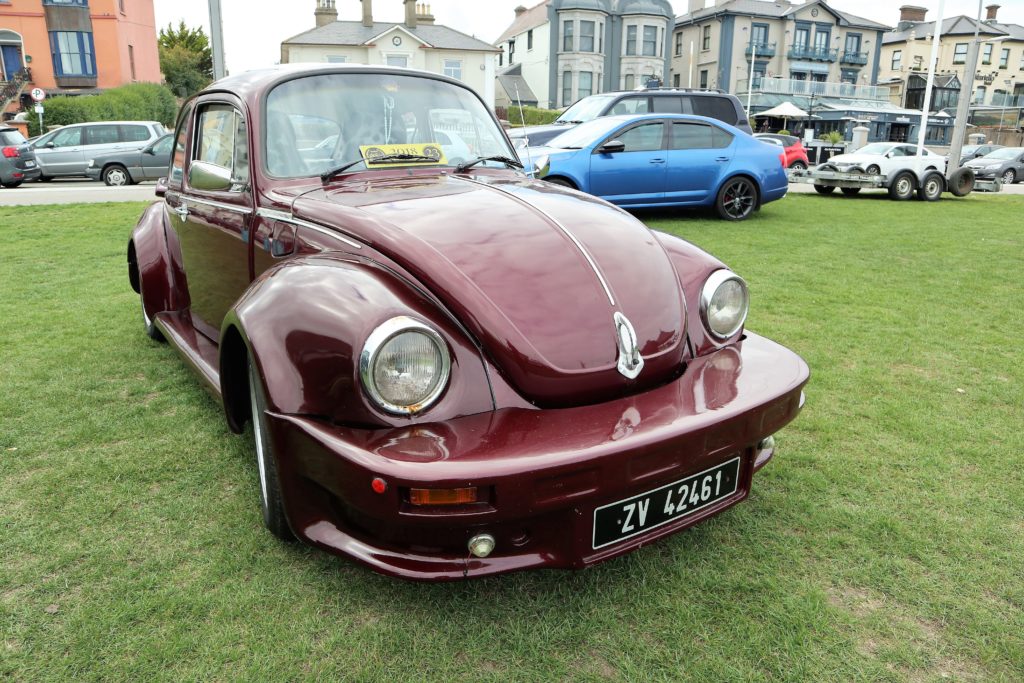 There was a time when modifying your Beetle was the norm. Many styles came and went but none have quite the 1980’s look as the Porsche Turbo kit that was available. I remember it being such a popular look that Volksworld Magazine offered a full kit in a prize in one of their early issues. People wanted to create their own Porsche and this was the way to do it in the 1980’s. Very few of these kits survived as the fibreglass cracked or was damaged beyond repair. The same can be said for the cars that wore these kits with style as many were loaded with filler and fibreglass to make the kits fit, with the same fibreglass skills then being employed to repair the rust issues. Ah, the 1980’s!

This particular Beetle was first registered in the UK in August 1973 before being imported to these shores and registered in County Kerry. We first saw it at the Jumpstart VW show in Loughmore, County Tipperary back in 2014 but it seems to have made its way to the other side of the country now, Wicklow to be more specific.

So in many ways it’s a treat to see one survive through to this day. You may not like it but it’s part of what was once a vibrant and dynamic VW customisation scene. Will it return? Anything is possible I suppose!

Update 14-6-19: Here are some older photos we had on file ourselves from the Stradbally Steam Festival in 2010. As you can see, it was blue back then.