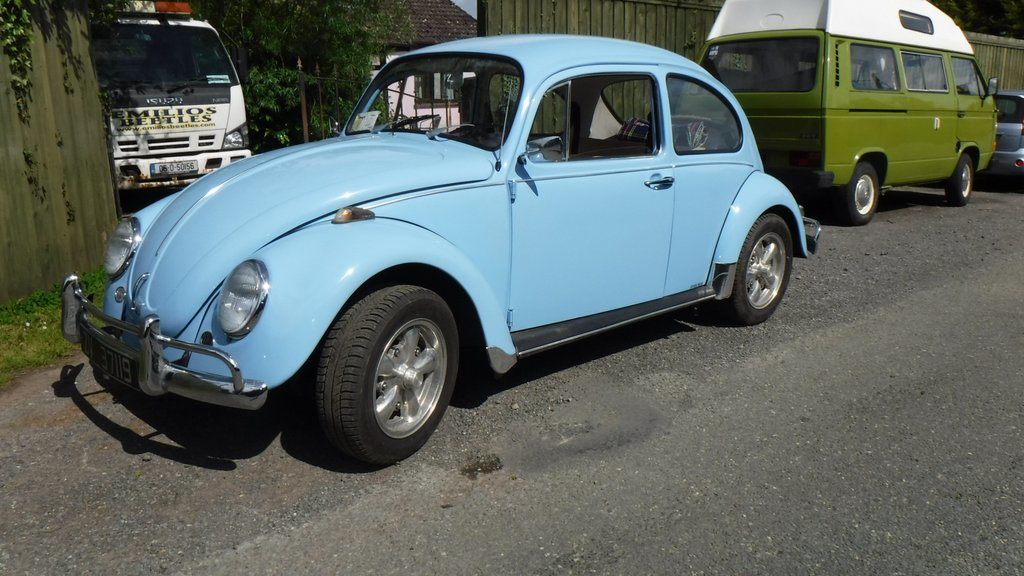 This 1966 LHD Beetle was brought into Ireland in the mid 1990’s and was used as a daily driver up until the year 2000 when the Beetle was sold. It was at this point that the new owner had Emilio’s Beetles restore their ‘new’ Beetle so it would look its best in its retirement from the daily commute.
That was back in 2006 and it looks as good today as it did then. On a sunny Sunday you might spot this beauty tootling around the country lanes of County Kildare.
The front clip was replaced during the restoration and a modern clip was fitted, hence the shorter bonnet as opposed to the longer bonnet normally seen on 1966 Beetles.
The towel rail bumpers, 5 spoke rims and chrome trim really add to the vintage look of this stunning Beetle.