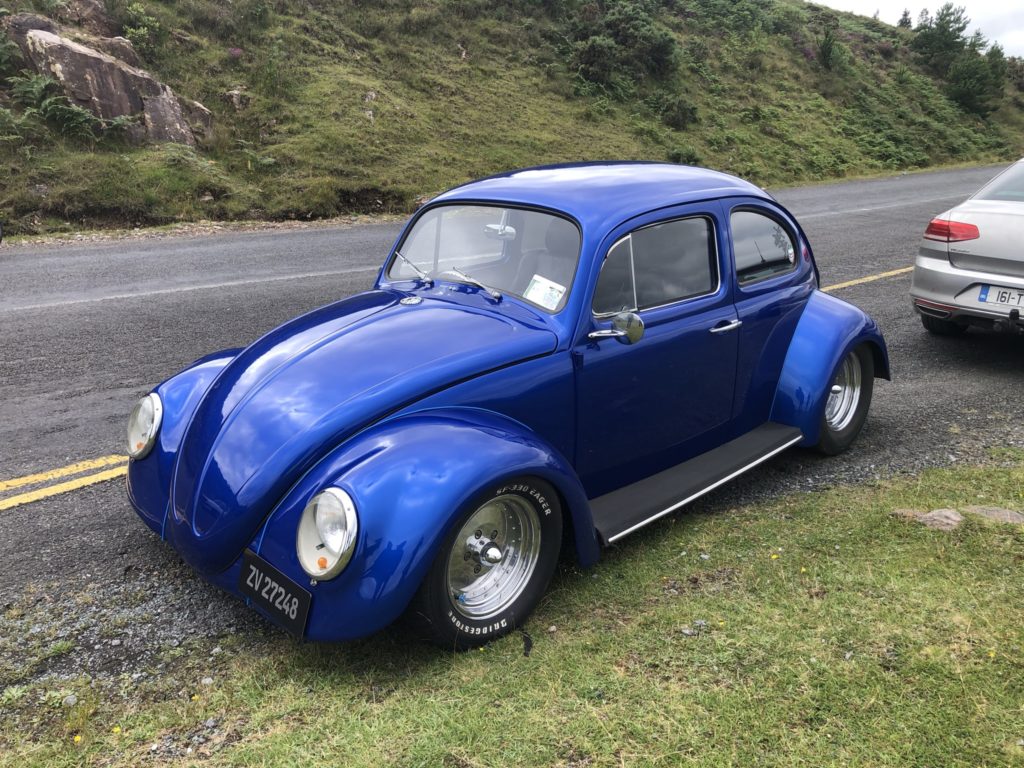 (a) Country of origin:
Australia

Rick Lewis restored and customised his Beetle when he lived in Australia before importing it to Ireland when he returned home. The Australian assembled Beetle is a 1967 model, which, unlike the European 1967 models, the Australian 1967 Beetles retained the pre-64 bodies so despite being newer, still retain the smaller glass and older looks.

The most obvious modification apart from the striking metallic blue paint has to be the bodywork. The oversized wings are as big in real life as they appear in these photos I took when I met him at The Vee in Tipperary. The wheels are nothing short of massive so the wings needed to cover them are equally as huge. I love how it sits and it’s got presence on the road, especially when you see it come up behind you in your mirror and even more as it leaves you standing on the road!

The reason it can leave you in its dust is thanks to the 1776cc engine complete with a supercharger and Weber carb setup. The whine from the supercharger is intoxicating and something you don’t expect to hear from a vintage Beetle.  Rick is still fine tuning and setting up the supercharger and carb at the moment but when they all start to sing together, this Aussie Bug is going to be a force to be reckoned with on the roads!

Well done Rick. What a build!