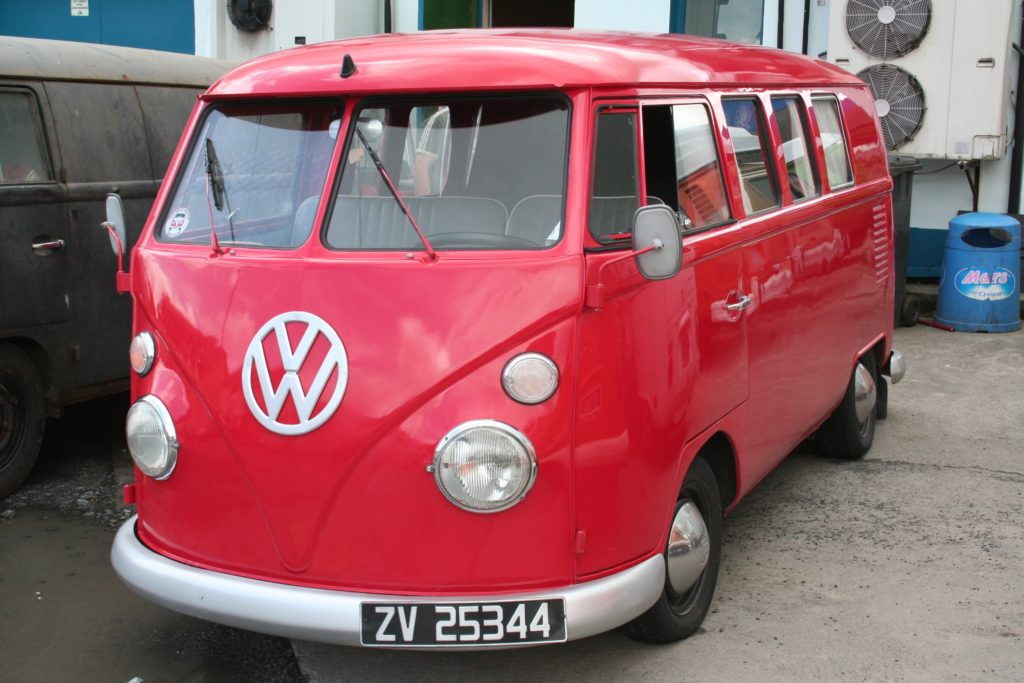 Split buses are a rare sight on Irish roads. Most of our own Splits VWs were merely workhorses and only lasted until the owners could no longer patch them back together and then they were scrapped. So to see an original looking Split like this ex-German fire station Bus is an even rarer sight.

This April 1965 Split Bus has the rare drop down rear hatch so would have been used as part of a fire station’s fleet and would more than likely have been used as an ambulance to carry the wounded to hospital, although, with a wheezy 1200cc engine you’d hope the hospital wasn’t too far away!

The Split Bus is mostly stock apart from having its suspension lowered.

The last we heard of this Bus was that it was having some work done in Dublin by its owner.