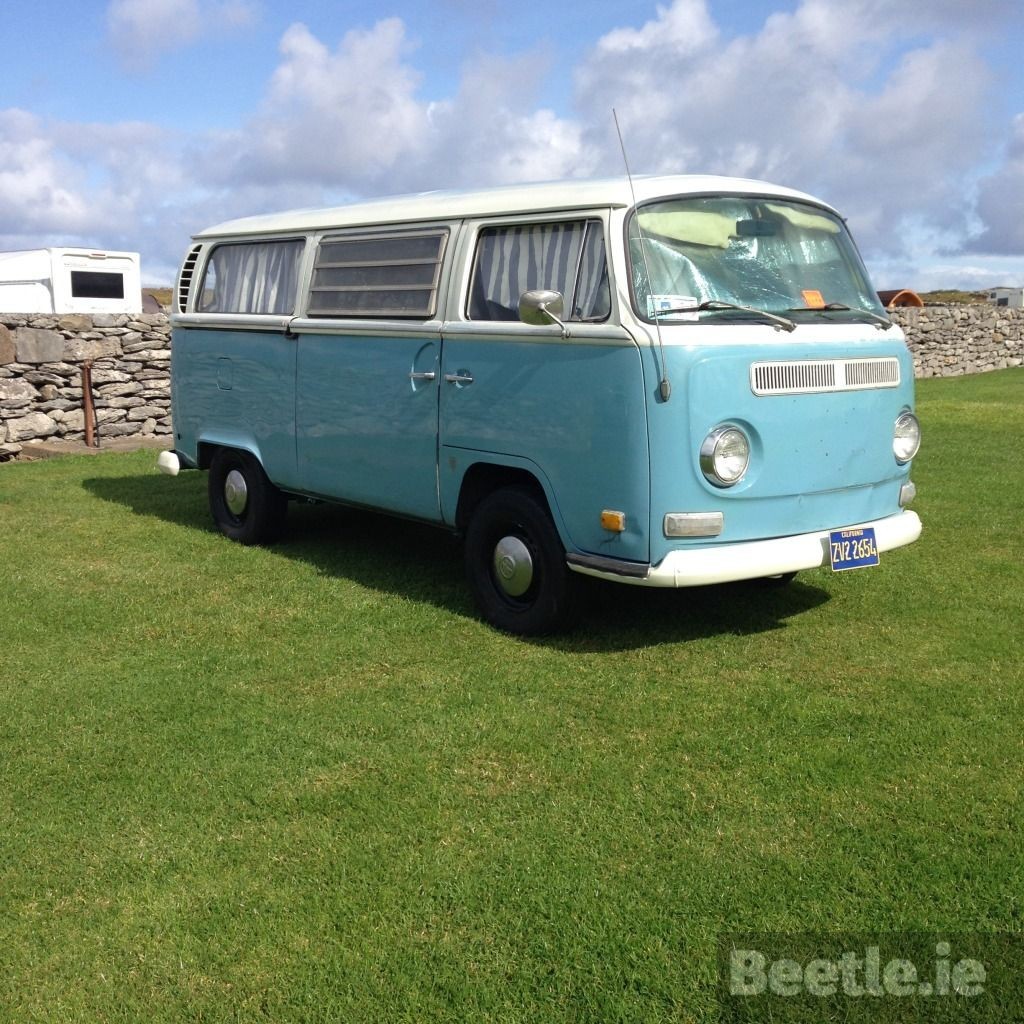 Thanks to Mikey for submitting photos of his old Bay Window that he personally imported from the US.

What Mikey found in California was an almost rust free Early Bay hardtop with oodles of potential. After having his Bus checked over by an expert in the trade, the deal was done and the Bay was shipped to the UK and then to Ireland. Overall the paint was good, sunburnt as Mikey wanted and rot free. There were a few panels that needed painting to match up with the blue paint but otherwise it was as it left the factory. Not wanting to lose that patina Mikey clear coated the paint so it still retained that used and characterful look.

Mikey carried out rust repairs to the cab floor and then spruced up the interior with new TMI seat covers, floor mats and of course new wooden floors and a rock n roll bed in the back. A set of curtains finished off the interior and it was now ready to camping. Not only has this Bus covered many miles in Ireland, Mikey has taken it on a Euro trip as well.

Mikey: So I’ve told you little about the bus itself, it is a 1970 Volkswagen Microbus Deluxe model owned by a Colonel in the American Army many years ago. I’ve a feeling he may have been working in Europe and bought this in Germany and brought it back with him when he finished his service (although I’m trying to confirm that he did buy it in Germany). The Bus was built in Emden, Germany on November 24th of 1970 and was completed two days later on the 26 of November. He lived in South Carolina and I presume either the next owner brought it on to California but I’ve to investigate that more. The original owner added two options M 508 which is the additional vent opposite the sliding door & M 697 Continental tires. It still has its Deluxe trim and interior although no middle seat.

Mikey has since sold his Bay on to a new owner so if you see this Bus out and about give the new owners a wave!