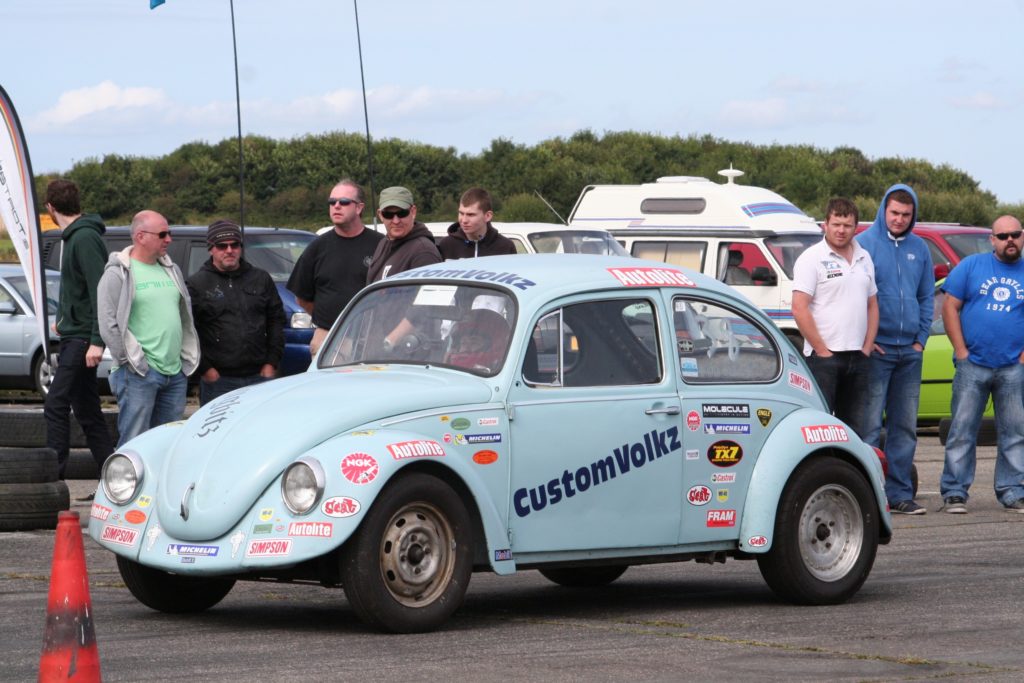 What once was Kevin Reade’s first foray into VW ownership, a 1970 1500 Beetle, has now been transformed into a wining drag race Beetle.

After the rust took hold Kevin realised that the job was too big to take on as he didn’t have his own garage with tools so he made the decision to sell his pride and joy. Not an easy decision as both Kevin and his now wife, had some great trips in that Beetle. It didn’t go too far form Kev’s home in Kilkenny as his good mate Eamon McEvoy bought it with the intention of restoring it to original condition but at the very same time the Irish drag racing scene was developing and Eamon was bitten by the bug after taking his Split Screen Camper up the strip. The future for this Beetle was a quarter mile strip……..and at speed!