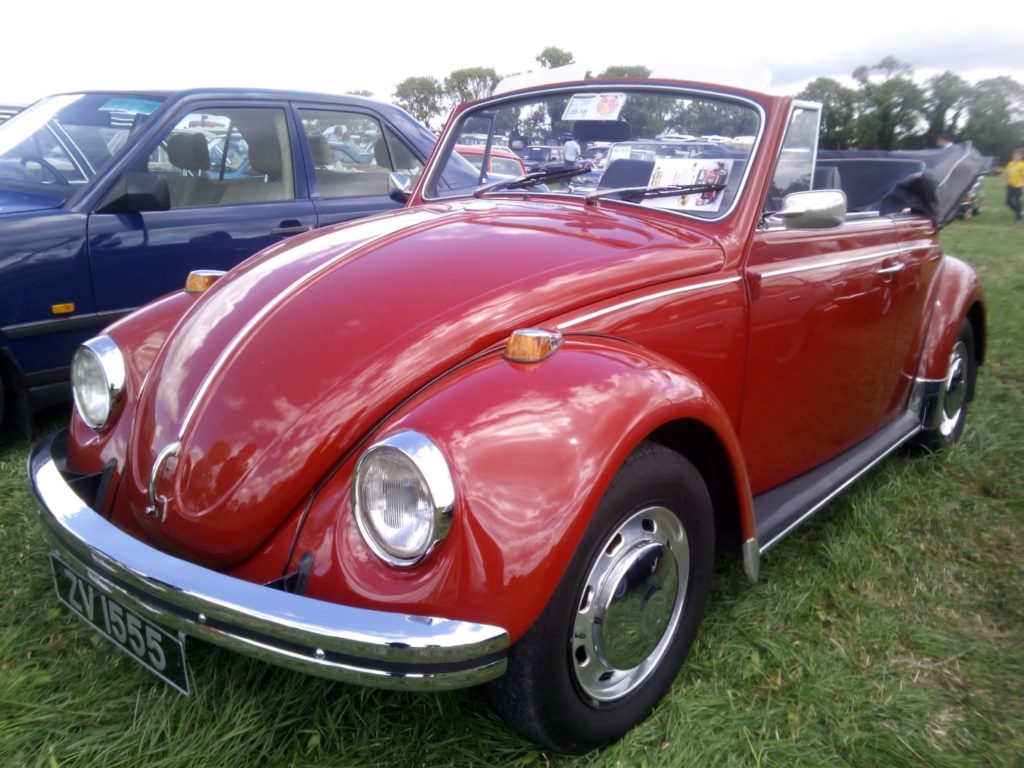 A RHD flat screen Karmann Beetle Cabriolet is probably right up there on most people’s wish list so when Joe Dempsey in Galway sent this photo in we knew everyone would love it.

This particular Beetle left the Karmann factory in Osnabruck back in 1968 with a 1300cc engine but nowadays it’s powered by a 1600cc unit. It eventually found its way to Ireland and to Galway where it was registered with its ZV registration plate. It was seen here at the 2018 Mountbellew Show but our own Trevor took  a photo of the very same Beetle when it attended the 2003 Limerick Classic Car Show when it was held in UL. (It’s the photo where it is parked beside a red Beetle)

*UPDATE 28/03/2019: Thanks to Peter in Galway for this update. We didn’t know it was originally a left hand drive Beetle. This is my old Beetle that I owned back in 2001. I bought it from a guy in Galway who imported it from the UK. It was originally a LHD car that was imported from America. I then sold it on to a friend of mine around 2003/4 and it needed new heater channels at the time. Nice to see it out and still about after all these years. It is a former Volksworld feature car.