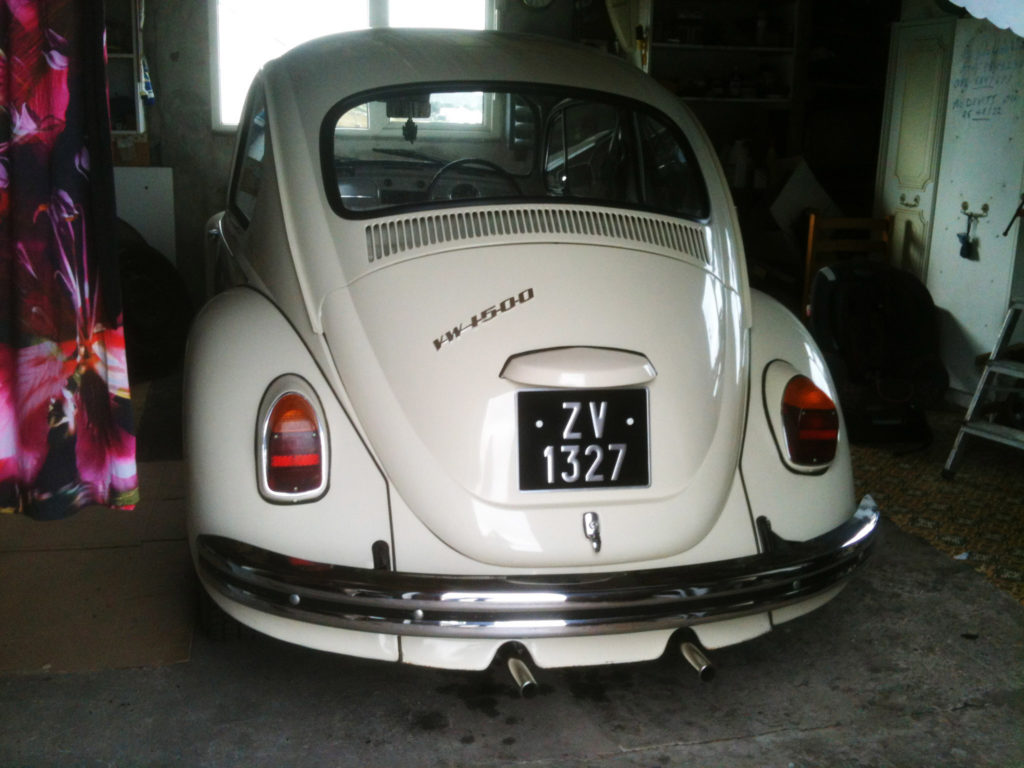 (a) Country of origin:
Australia

I own a 1968 1500cc Beetle in Lotus white. My father and grandfather both owned several Beetles going right back to the 1950’s.

In 2001 I was on a working holiday visa in Sydney and I knew from some of the VW publications that Australia could be a great place to get one thanks to the warm climate whcih keeps them in much better condition than in Ireland. I began looking around and found this car for sale. When I saw that this guy had a vintage motorcycle in his shed also, I knew the car was well cared for. He also produced the original warranty book with the first years service stamps, given to him by the first owner who bought it new. It was signed and dated 20th of August 1968. The original Australian registration is VZZ 861

It was primarily a weekend only car in Sydney. I shipped the Beetle back to Ireland in 2002 and it’s now driven generally just in the Summer months. It’s done five weddings for family and friends and gets a run out to vintage shows around Donegal.

My father did most of the restoration work and organised any jobs he couldn’t undertake such as respraying the body. He also gets some great advice and help from a few retired mechanics around home, who love the chance to do a bit of servicing on the car.

I’ve some great memories driving it around Sydney, over the famous Harbour Bridge and down the coast with friends for weekends. The Beetle brings a smile to people’s faces, you see them light up when they see it. I get stopped on the street by older people reminiscing about their youth or kids who have never seen one before.

Want to see more of the car, have a look at this short video I created last year. https://www.youtube.com/watch?v=ExOvKDWRJBE