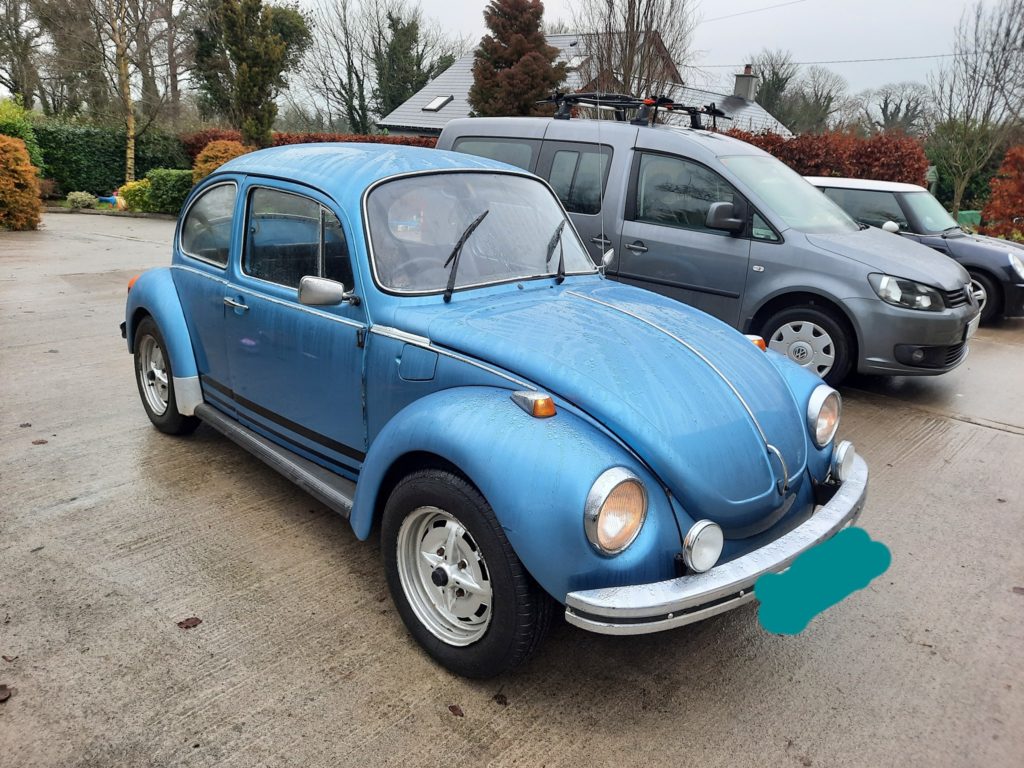 “This is my new and first Beetle. I’m afraid I don’t know much about its history in the UK.

To be honest I unfortunately know nothing about the cars past. I spent my childhood years in a tiny place called  Solohead Beag in Co. Tipperary. Right next door to our house was the local creamery. It was run by an absolute gent named Jim Perry who lived near Silvermines. Anyway long story short Jim always drove Beetles so I loved the sound they made! This was in the early 80’s. Ever since then I have always wanted one! Fast forward 40 years and I finally get my very first one.

It’s a UK import Big Beetle, 1303S Special Edition. After seeing it for sale on Donedeal I bought it around Christmas 2020, luckily before Brexit was finalised as they slapped 21% vat on imports soon after. The car has had a paint job but in the original colour. The interior is all original apart from missing the original radio. It gets a lot of attention which is great. I live in Ballivor, near Trim in Co. Meath. My plan is just to enjoy the car as it is for a few years. She’s been fully serviced, new brakes etc so she’s nicely roadworthy. The engine pulls great and the gearbox is really nice. It has the bones of a good car and its a rare item now being the 1303S.”

Beetle.ie: What a beautiful Beetle Mark, and a rare model at that too! The 1974 Big Beetle 1303S was a fabulously well equipped Beetle, one of the best equipped in the entire Beetle production run. The 1600cc engine and gearbox must make it a pleasure to drive. Congratulations and we look forward to seeing your Special Edition Beetle out and about very soon.