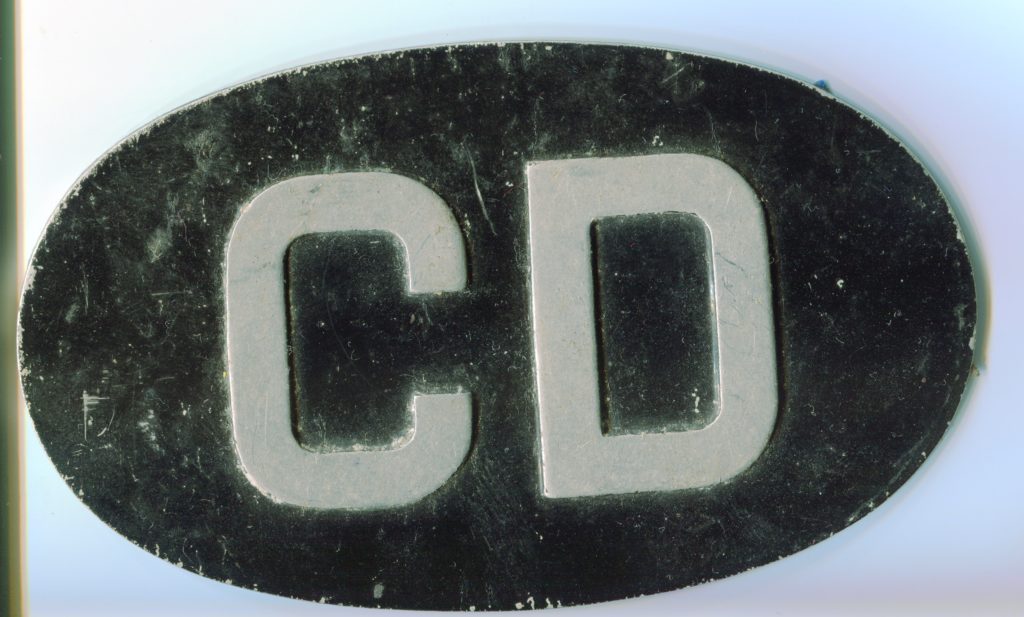 Sadly not every old Beetle survives but this piece of memorabilia did manage to survive. Found in an old garage, this CD plate and corresponding tax disc gives us an insight into the history of this Rally Yellow 1303 Beetle.

This is an oddball car in terms of production and VW history because the 1303 model finished in 1975 but Ireland secured a reasonably good number of fully built 1303 Beetles in 1975 and 1976 so sales continued up until 1977, small numbers but still they were sold new here. In other countries production had ceased and 1303 Beetles were not available to buy, that is, apart from the Karmann Beetle models so this can be seen as an oddball car or quite a unique one. This was one of these very Beetles and although it appears to have been scrapped we have some of its history here and we will record it for posterity.

Although this 1303 has a 1975 chassis number, it was not built until late 1976. It was sent to D&S Motors in Monaghan from MDL on the Naas Road. It was sold and registered to its first owner in County Louth on the 18th October 1976.

Was it immediately registered to an embassy or did the owner later become a member of the diplomatic corp? We really don’t know but we’d love to know more seeing as this CD badge was attached to the 1303 Beetle at some point.

We believe the Beetle may have been scrapped but we are not sure. We do know that it changed hands in 1987 but after that the trail fades away.