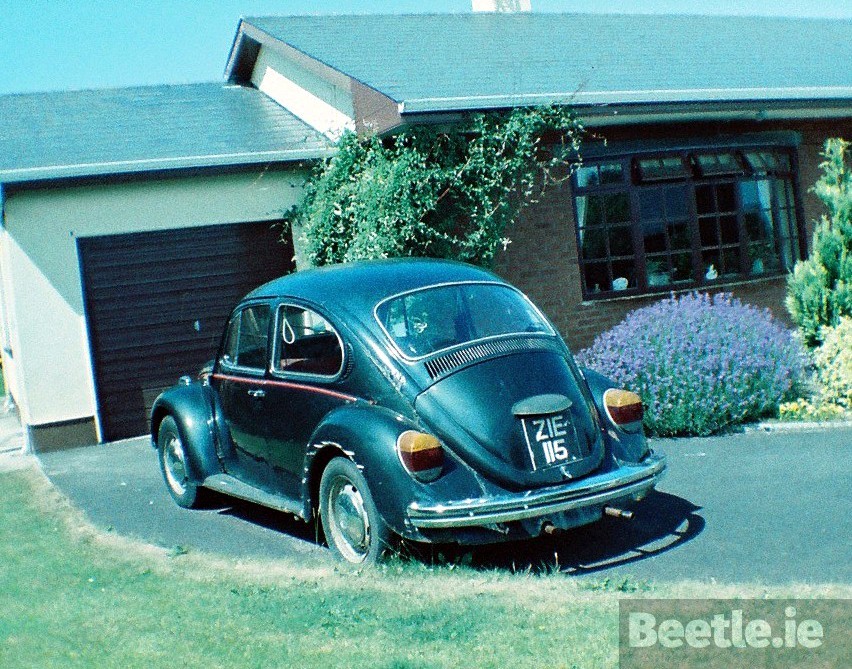 This May 1974 Beetle was first registered in County Clare. It was owned by a family in Castletroy, Limerick until I bought it back in the 1990’s. I sold it to George Campbell of Camvolks in Clane about a year or so later. I assume George used it for parts or sold it as a project to one of his customers.

It was a typical 1970’s Beetle that had been ‘repaired’ during the 1980’s and as such filler and fibreglass were no stranger to the bodyshell. It’s a shame it was so rusty and badly repaired as the black paint looked really well. I think it was scrapped in the end. Had the repairs been of metal maybe this would not be the case but I suppose we’ll never know.