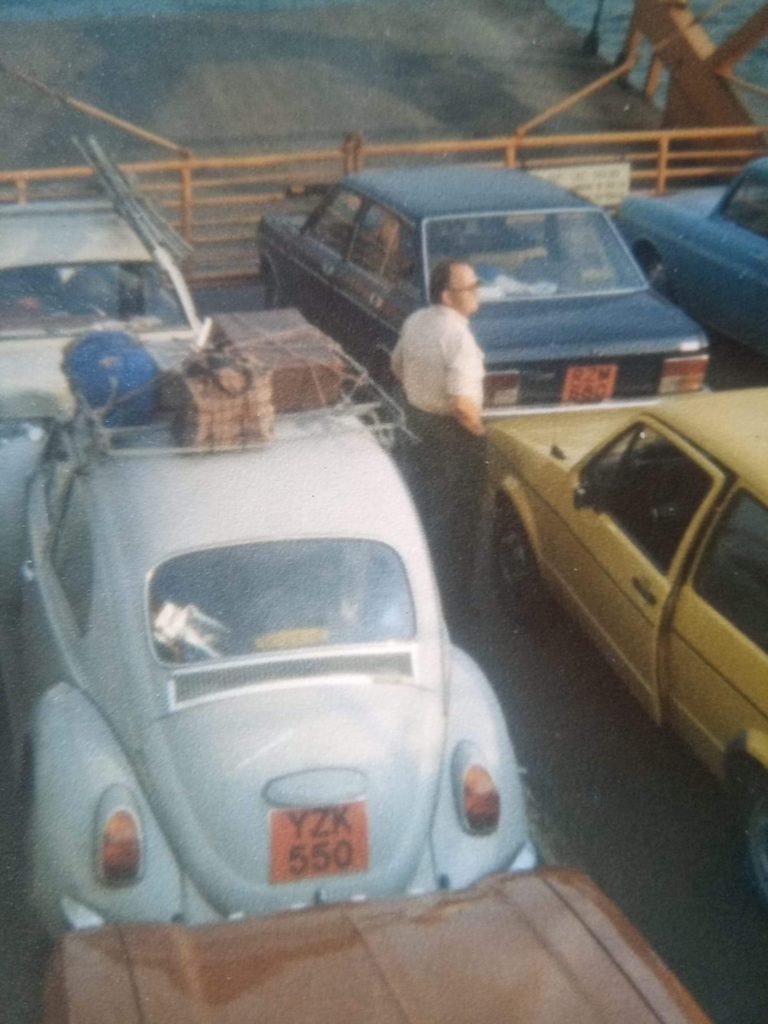 Thanks to Pauline Healy Reen from Boherbue in Cork for these photos. The photos show Boherbue native Donie Buckley’s Beetle on the ferry to Salthill in Galway back in 1977. The second photo shows Donie standing beside his Beetle and according to Pauline’s husband Connie, that photo was taken the day Elvis Presley died, August 16th 1977.

Donie’s Beetle was registered in Cork in the summer of 1970 and was a 1200 Beetle Deluxe, assembled in Dublin in June of 1970. Donie’s Beetle did not have the crescent vents by the rear side windows. They were introduced in August of 1970 for the 1971 model year. The colour is the one thing that’s catching us out because when we take into account the quality of the old photo and the fading over time and the fact that the Beetle was 7 years old when the photo was taken, it looks like it may have been Toga White (L90C) although myself and Trevor can see at least two other colour options it could have been but for now we’re holding with Toga White.

Thanks Pauline & Connie and of course, John Filby for these photos and the stories behind them.