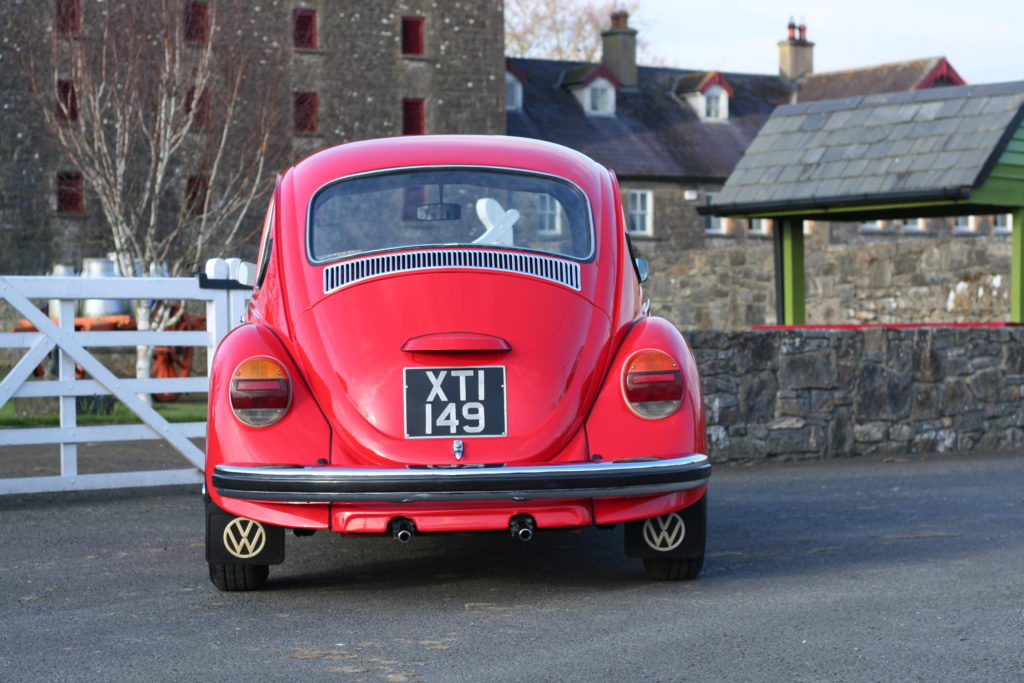 A low mileage Beetle that has been loved and pampered from day one! The first owners kept it in the coach house behind their house and used it sparingly as they had their house split into bedsits which was their main income. As a result the Beetle never needed to leave the coach house apart from Sunday trips to see family which has been backed up by their nephew and also neighbours who remember the car fondly

In 1994 I saw this Senegal Red (L31A) Beetle  after the owner sold it as she felt she was too old to drive. At the time XTI had only covered a minuscule 19k miles.

It was then sold to a local Limerick school teacher who also lived in the city centre, with work being no more than a 4-5 mile round trip during school term. Outside of term, the Beetle may go as far as Kilkee but never any further.

By 2004 XTI-149 had now just 42k miles under its fan belt and was offered for sale at the Limerick Classic Car Show which in that uear was held in Mungret. A local classic car enthusiast saw thBeetle and could see it was a very original example and bought it on the spot. He brought the Beetle home and carried ou a full restoration, keeping as much of the original character in place, the only exception being the EMPI rims to smarten it up.

After 10 years in his heated garage and only 3k miles traveled, I was lucky enough to buy XTI and add my name to the list of Limerick owners.

I swapped back to original rims and added trim to the window rubbers. New fuel lines and a service has kept it motoring to the 50k miles it currently has on the clock. It lives in my garage and will see less use to try and keep the mileage low.