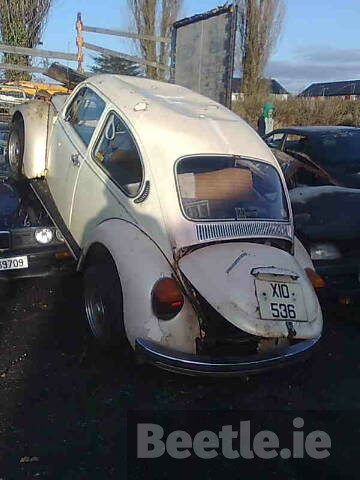 What can I say that this photo doesn’t already scream at you?

The January ’75 registered Kildare registered Beetle was scrapped under a scrappage scheme in around 2010 which is a real shame as it was reasonably sound. The owner would have received €1,500 from the garage and in reality, it was worth that. It did offer some spares though which is the silver lining to this cloud!