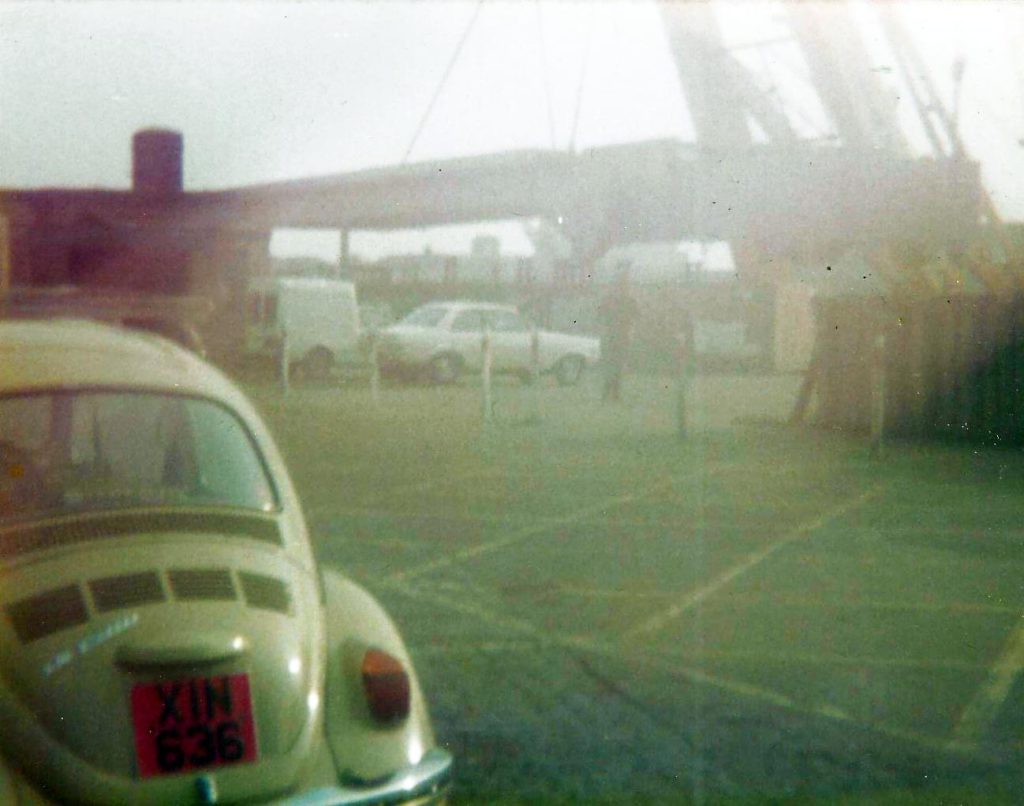 Brian Raftery has been a Beetle fan for as long as he can remember. Maybe it’s down to the fact that his dad owned this and another Beetle when Brian was growing up so he spent many thousands of miles in the back so got to know these cars inside and out. Old Volkswagens clearly left a mark on Brian as he now owns a Beetle and a Bay Window Campervan and is heavily involved with the Eircooled Car Club, Ireland’s largest aircooled Volkswagen Club. Brian tells us about one of his dad’s old Beetles:

“This is the one and only photo of XIN636, my dad’s 1972 Kerry registered Beetle. My Dad took this photo around 1984 when he was in work. It was around the time that the East Link toll Bridge was being built across the river Liffey in Dublin. He worked just inside the gate where the bridge starts, opposite the Point Depot. That’s why the car rusted away to nothing because it was parked right beside the sea all day and the salt air loves old Beetles!

“One story that has stuck with me over the years was when the son of one of our neighbours made his communion. His mammy, like all good Irish mammies warned him not to get his good communion clothes dirty that day. At some point during the day my dad gave a few of us, including my neighbour in his communion clothes a lift in his Beetle. When my neighbour finally went home later that day his mother went berserk because his clothes were filthy. His mother lacerated him and in between her scoldings he managed to get out that it wasn’t his fault, he had minded his clothes all day but they got dirty in the back of Mr. Raftery’s Beetle. His mother didn’t believe him but it was true. The salty sea air had made sure there was no floor left in the back of XIN 636 so as my father drove along, every bit of dirt, grit, water and god knows what else flew up and destroyed that poor boy’s good communion clothes!”