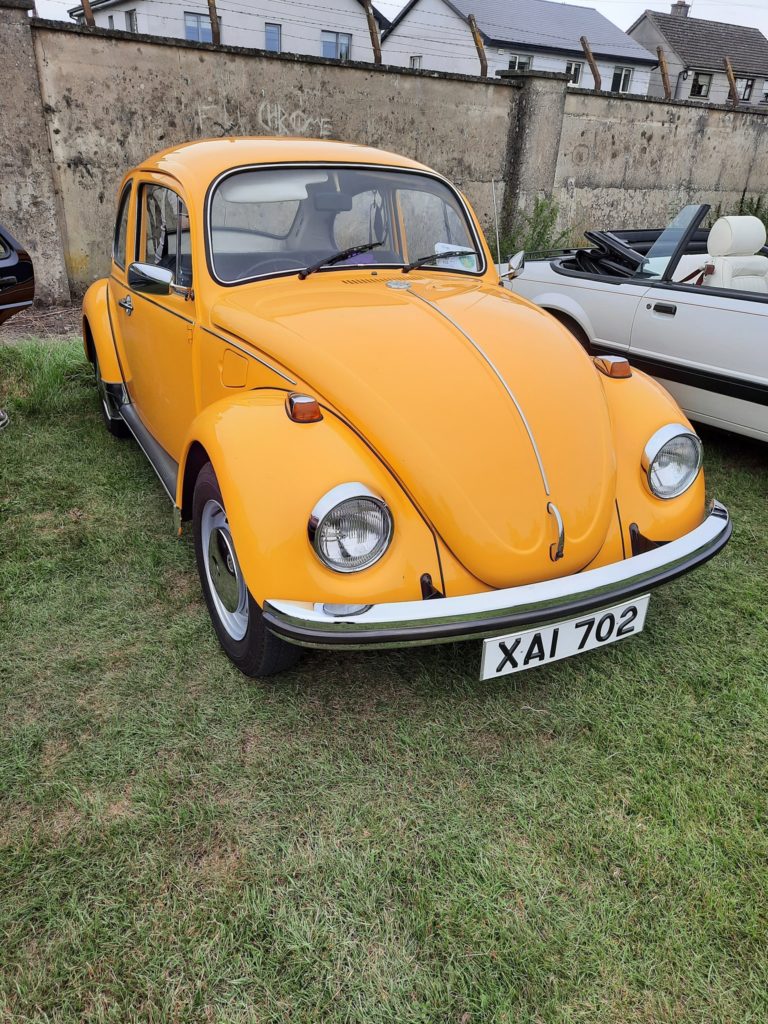 It’s all in the details! When you look at the small things on this freshly restored Beetle you see where the time and effort has been spent. The bumper brackets look so smooth that they must have been blasted or else the owner spent an extraordinary amount of time preparing them for paint! The bumper rub strips are a nice period accessory that help add to the look of this Beetle. The Beetle has had all new rubbers, with the trim, new chrome mirrors and hubcaps, new stone guards front and rear, new year correct headlights as well as new period correct number plates. The engine lid was replaced with a later vented piece but the engine is still the original 1200cc unit fitted in MDL.

This is truly a high end and detail focussed restoration and one we would love to see in the metal some day. John Filby was the lucky man who saw this 1974 County Meath registered Beetle at the 2022 Kilkenny Show, organised by the Kilkenny Motor Club.

What we know of this Beetle’s past is that it was assembled in Ireland as a 1200 Beetle Deluxe and finished in Rally Yellow (L10A) at the start of May 1974. This Beetle was then sent to Sheehy’s of Carlow but instead of being sold locally, it was sold to its first owner who was based in County Meath, hence the AI registration. This striking Beetle was registered and taxed on May 21st 1974.