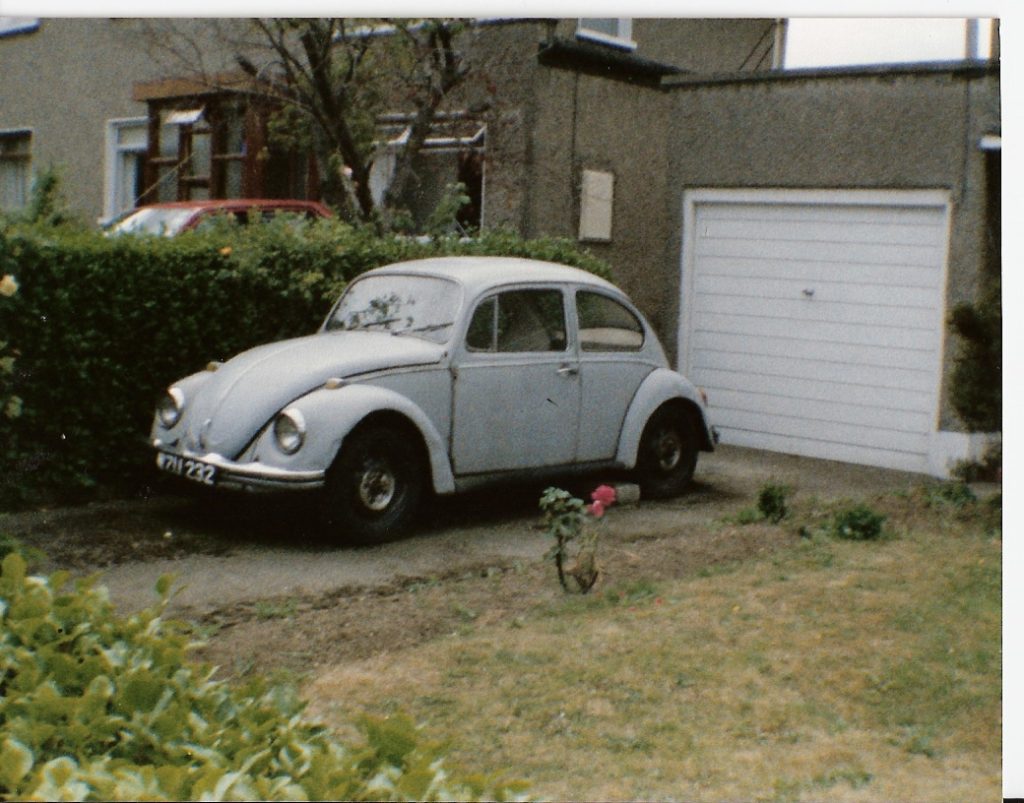 I was reminded recently of this Beetle by my cousin Aidan so I went through the archives to dig out the photo.

This Beetle was parked in a driveway on Weston road in Churchtown and was one that Aidan and myself would pass on a regular basis. It was registered in Dublin in January 1970 Beetle so would have been built in late 1969 in MDL’s Naas Road plant. I took this photo many years ago and from what I remember it looked like Gentian Blue (L51B) but as it may have been painted previously it was hard to tell.

Aidan: “This Beetle was parked in my neighbour’s driveway for many years. She told me it was her son’s and that he was going to restore it. I suppose for this lady who lived on her own, having a car in the driveway provided some security as she felt it gave the impression that the house was occupied. In reality, all it did was attract people who wanted to buy it. After the lady died the house was put up for sale and the Beetle was moved to a relative’s house nearer to Dundrum for a short while. It then disappeared and that’s where the story dies.”

We know this Beetle hasn’t been taxed for a long time so it may have been crushed and made into a bean can by now but we’d love to know what happened to it. If you know let us know and it will help us fill in the blanks.