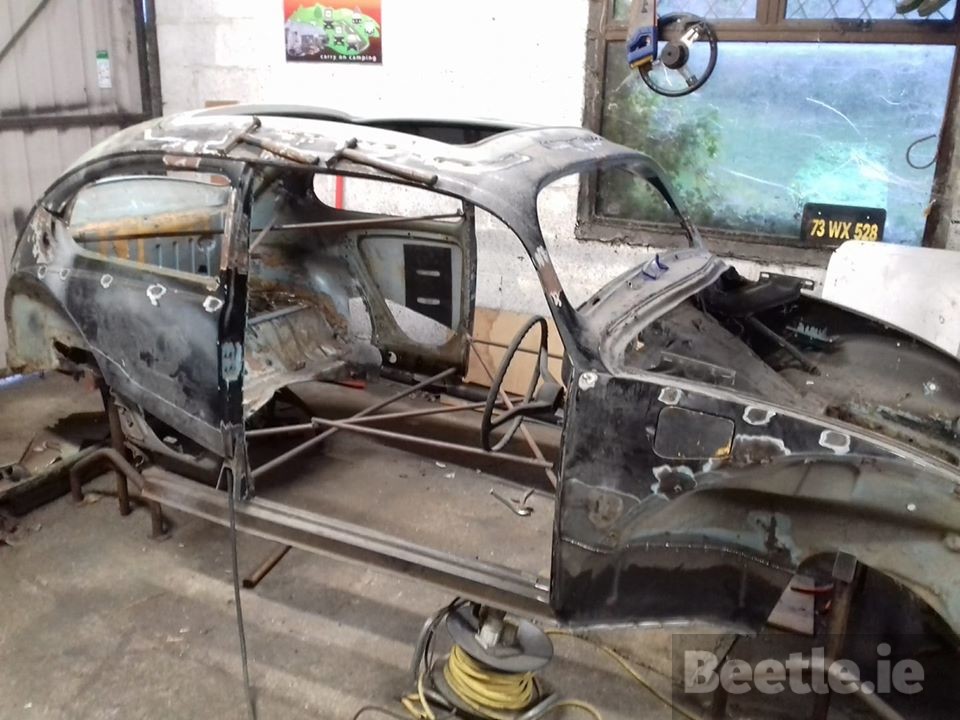 If you have seen Billy Doyle’s donor Beetle (SDI 361) on the Beetle.ie Census then you will have read that it was a donor for a really cool long term custom chop top project. Well, you’re looking at the very project now. It’s’s been going on quite some time which isn’t unusual but if you look at his son who is a young child, proudly standing beside his dad’s funky Beetle, well, that same ‘child’ is now over 6 feet tall! Yes, VW projects do take time but that’s the fun thing about old VWs, they can take as long as you want. You can tip away as and when you’re in the mood or you can dedicate every spare minute in the day to working on them in your garage. Either way, as long as they give you enjoyment that’s all that matters.

This once 1300cc Miami Blue (L51C) Beetle was imported from the UK into Ireland and registered in Donegal in late April/early May 1981. It’s now in Wexford being transformed by Billy into a seriously awesome chop top Beetle. We can’t wait to see it on the road………………and I’m sure his son feels the same way too!