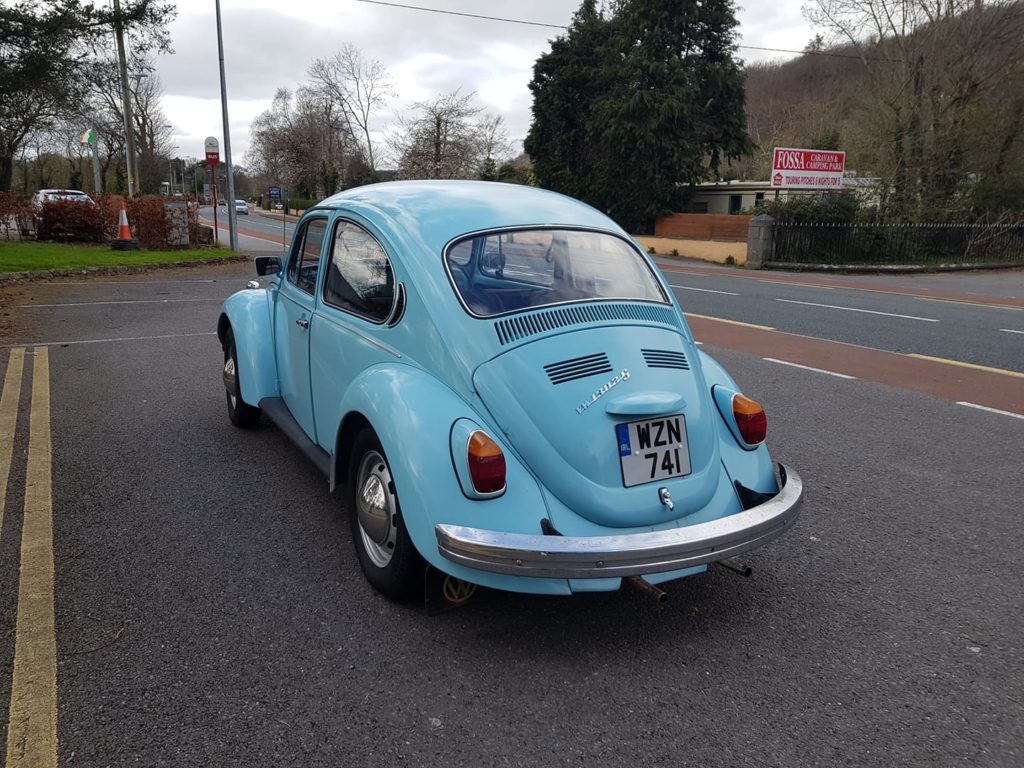 Steve Gascoigne has submitted this 1302S Beetle that he saw in Fossa, Kerry back in March 2019. While admiring this Beetle Steve met the lovely gent who owned it and was obviously very proud to own it. The Beetle itself is a 1971 1302S model, so has the 1600cc engine and disc brakes. The Beetle was a UK car initially but was imported into Ireland and registered in County Meath back in January 1981. At some point it looks to have been restored and painted in what we believe to be Miami Blue (L51C) but we will change this if told otherwise. The original hubcaps have been changed for domed hubcaps but other than that, this is a very stock looking Beetle.

Thanks for submitting Steve.