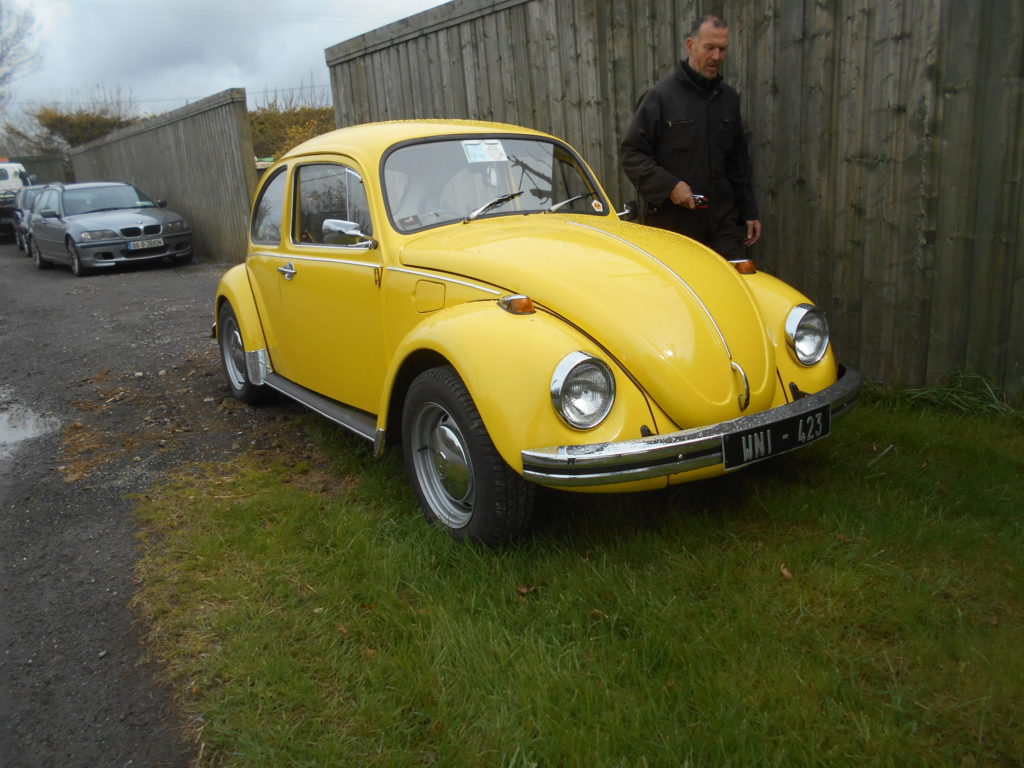 This Beetle has had the same owner since it was bought new in June 1973 from Annesley Motors in Dublin. That’s nearly half a century of dedicated ownership! Can you beat that?
After 24 years of very happy motoring the owner had been convinced back in 1997 to trade the car in on a scrappage scheme that was being offered at the time. The owner had been told his Beetle was not worth saving but after visiting Emilio’s Beetles, he knew that wasn’t the case.
A deal was done and the Beetle booked into Emilio’s for a full restoration. 22 years later this Beetle is still being driven daily by its now 91 year old owner. I wonder would the ‘new’ car have lasted 22 years?
We wish the owner many more years of happy motoring and I know he gets special care from Emilio himself who really admires someone who at 91 years of age still loves driving his pride & joy!