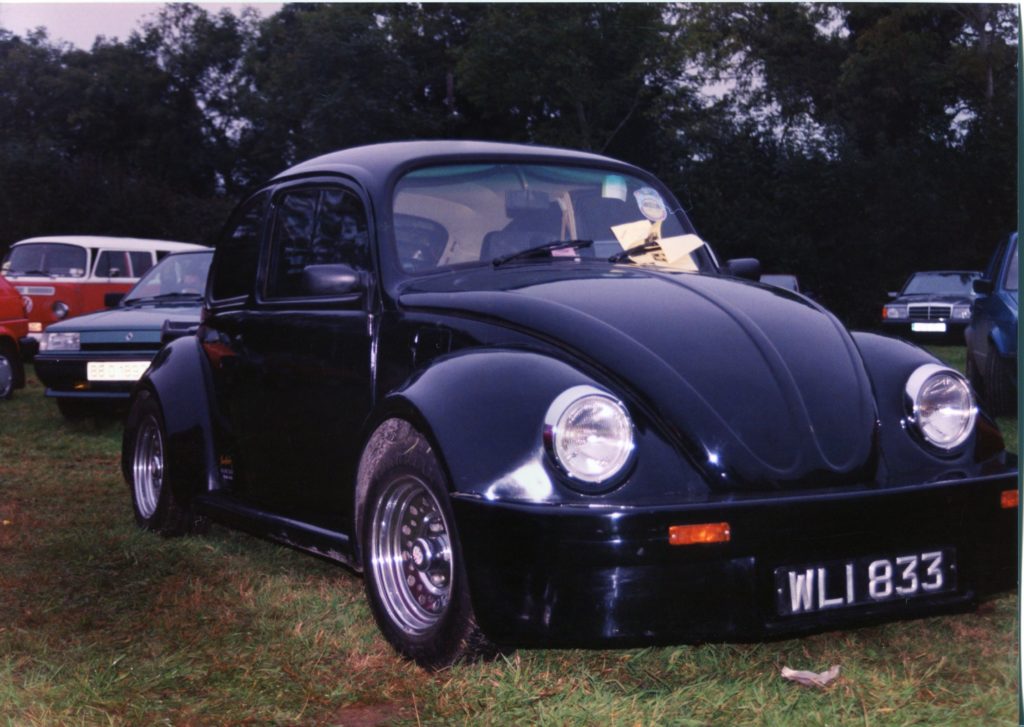 Over exaggerated shoulder pads, avocado bathroom suites and patterned carpets weren’t all the 1980s gave us. Oh no, they gave us fibreglass kits for Beetles and an entire custom VW scene was built around it!

In some ways it’s a shame the custom Volkswagen scene has eased off because the shows were all about being shocked by controversial customising and novel ideas. It was inevitable that the customising of classic VWs would slow down because that’s what they are now, classic VWs and as such they are investments but don’t you miss seeing some Porsche style Turbo Kitted Beetles at shows? They were wild, they were out there and they were in your face. They looked totally different and the owners loved to be different. Sadly though, certainly here in Ireland, the wheezy little 1200cc engine that often sat under that huge whale tail spoiler could barely pull all that fibreglass out of their driveway, never mind drive around the hills of Ireland!

If you were one of the lucky ones you might be able to find a scrapped Bay Window and pull the 1600cc engine from that to give some element of poke but it was a far cry from our UK and mainland European VW friends who seemed to have an abundance of performance parts and upgrades available to them at affordable prices. Import taxes and shipping costs killed the dream of power for many here in Ireland.

The 1200 powering this modified Beetle was the same 1200cc unit that was fitted on day one at MDL on the Naas Road. The Beetle was painted in Panama Brown and it was a Deluxe model. It really couldn’t have been any more different to how you see it now.

Once it was good to go, the next stop was Nugent’s VW dealership in Mullingar, County Westmeath where it was sold from in August 1977, making one of the last off the line for Irish assembled Beetles.

I wonder what the then new owner of WLI 833 would make of solenoids instead of door handles, one piece windows, an Autoplas rear window louvre and oversized bumpers made of fibreglass, not to mention the whale tail spoiler that you cannot miss.

Will the Porsche Turbo Kit make a comeback? They do say everything comes back around eventually so watch this space!