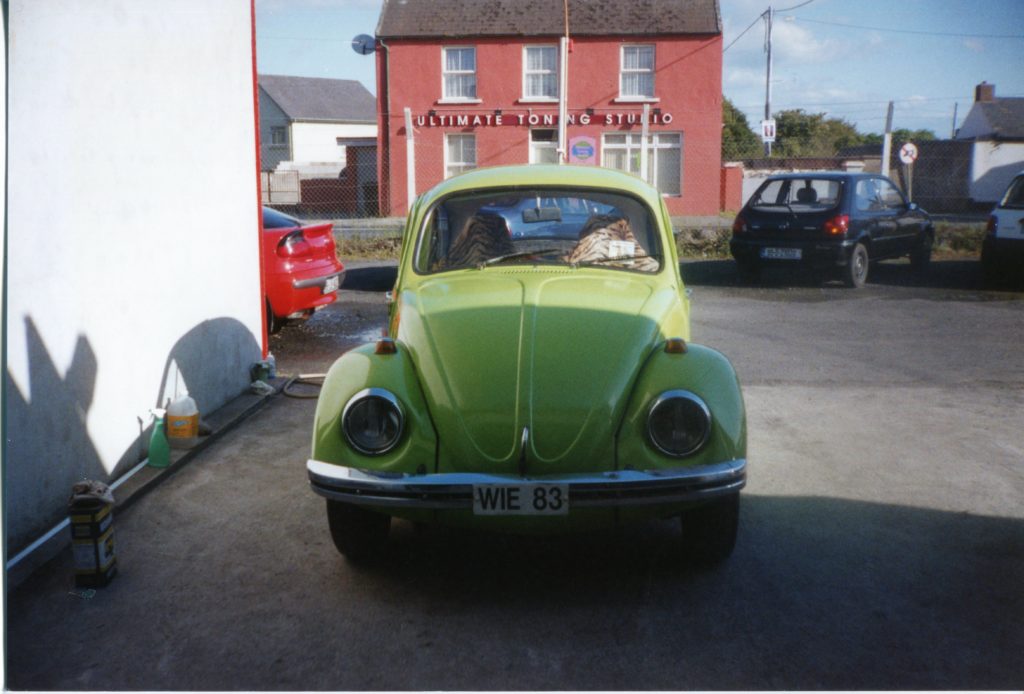 This bright green Beetle was originally built as a Laguna Blue (L50C) 1200 Beetle in February 1973. It was the last year of the Tombstone rear lights which were replaced in August of the same year. Delivered to Western Garages in Ennis it was sold to its first owner who lived in Clare on March 14th 1973.

In the 1990s this Beetle went from the subtle shade of Laguna Blue to this very bright green by the then owner. It was left pretty stock apart from the addition of highback seats from an Anniversary Beetle. WIE 83 was driven daily around Limerick for quite a few years but then the dreaded rust was beginning to take hold and we it may have been parked up as it hasn’t been seen for many years.