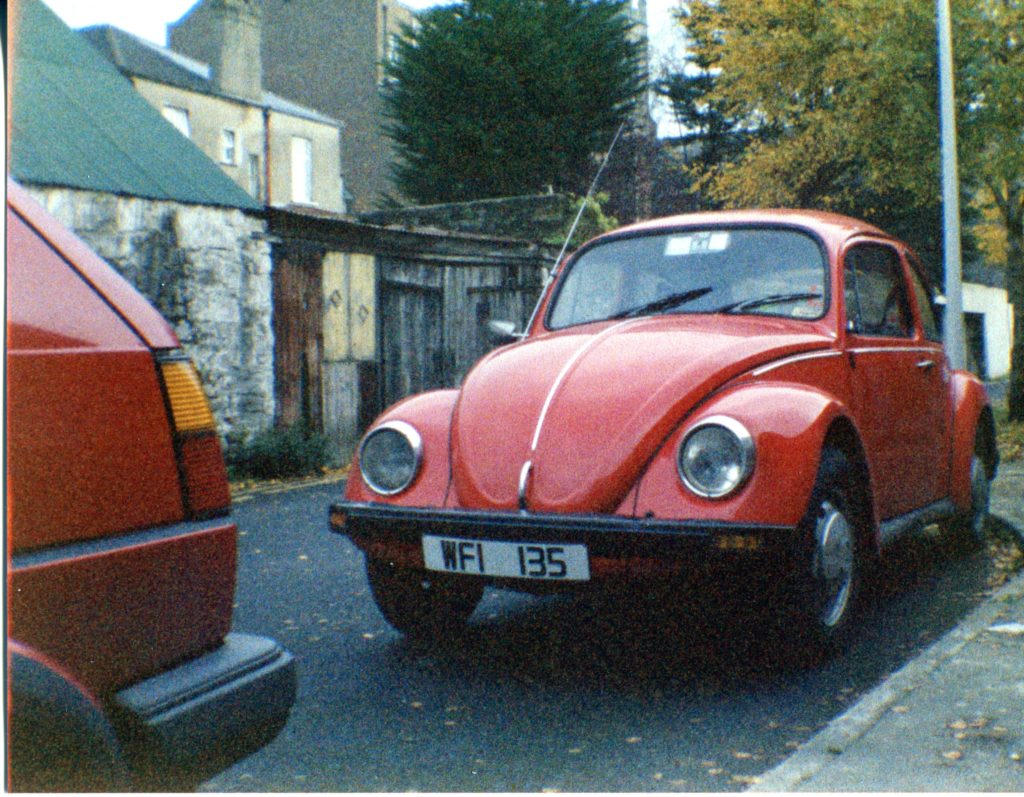 This Tipperary North registered Beetle was spotted when it was parked on Schoolhouse Lane in Limerick City back in 1989. It looked a little different to how it looked after it rolled off the assembly line in Dublin back in June of 1975. It was then sent to Spooner’s VW Dealership in Roscrea where it was sold from. WFI 135 hit the roads of Tipperary on July 5th 1975.

Originally this was a 1200 Beetle Deluxe that was finished in Phoenix Red but when these photos were taken it looks like the Beetle had seen some changes in its 14 year road life, having been painted a different shade of red for one thing. The chrome bumpers had long since gone and replaced with black bumpers and the original 1200cc engine was gone and in its place there was a 1300cc engine fitted.