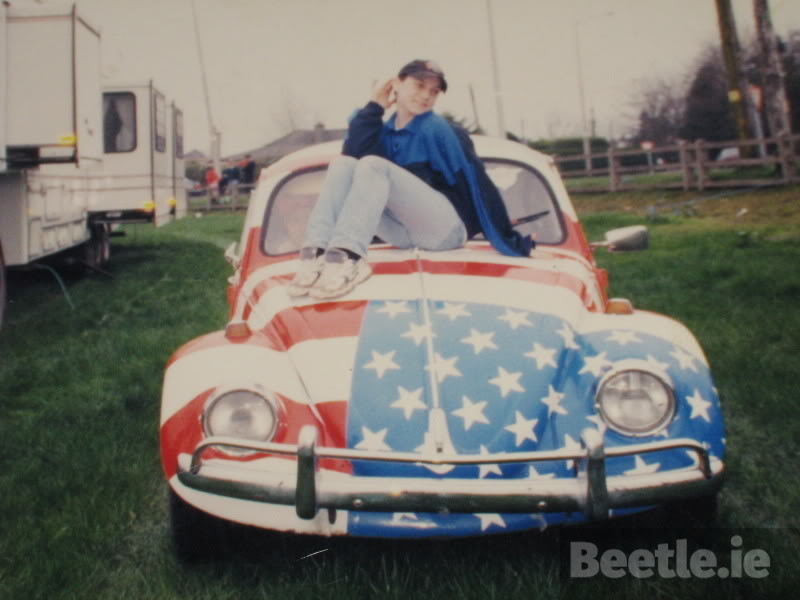 Thanks for submitting this Beetle to our census Luke. The below is what I know of your old Beetle.

12/04/19 Beetle.ie: I remember this 1974 Meath registered Beetle from the mid 1990’s when the Beetle was being used to advertise a travelling circus. The circus hit Limerick but the poor Beetle almost didn’t as the engine gave up the ghost and called it a day! In talking to people about where to get an engine someone mentioned my name and a rough idea where to find me and in true Irish style people directed him to my door. I had just bought a very rotten 1972 Anniversary Beetle. It was a one owner Beetle with just 32k miles from new. The engine hadn’t run in a few years but turned freely. There was no end float and if the engine was as good as the interior then it was a dinger! I had planned to keep the engine but I knew it would be put to good use in the circus Beetle. We’d love to know where it is now. Is it scrapped or perhaps it’s about to be restored. Do you know? If so, please get in touch.

10/09/19:We have found out a little more of this Beetle’s history. In 1988 it was restored by Emilio’s Beetles and it was painted BMW silver.