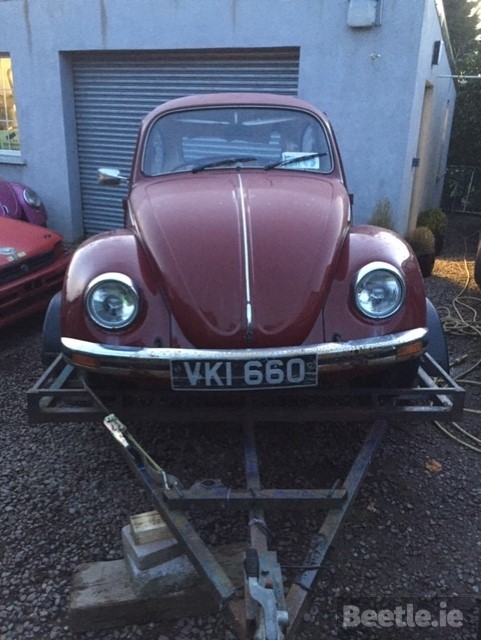 This 1977 Waterford registered Beetle was spotted recently (April 2019) by Dermot Brosnan. It’s a very original looking Beetle but was in Dermot’s local garage for restoration.

The Brocade Red (L32A) 1200 Beetle Deluxe was assembled in CKD form in MDL’s plant on the Naas Roda in Dublin in August 1977. It was then sent to O’Brien’s of Tallow on August 31st. Two weeks later on September 15th 1977 this Beetle was registered to its new Waterford owner.

Being a late 1977 Beetle, it’s one of the last Irish assembled Beetles.

Why not check out VKI 659 which is also listed on the Beetle.ie Census. VKI 659 was also a CKD Beetle that was sold from O’Brien’s of Tallow and registered on the same day as VKI 660 https://beetle.ie/vehicle/vki-659/