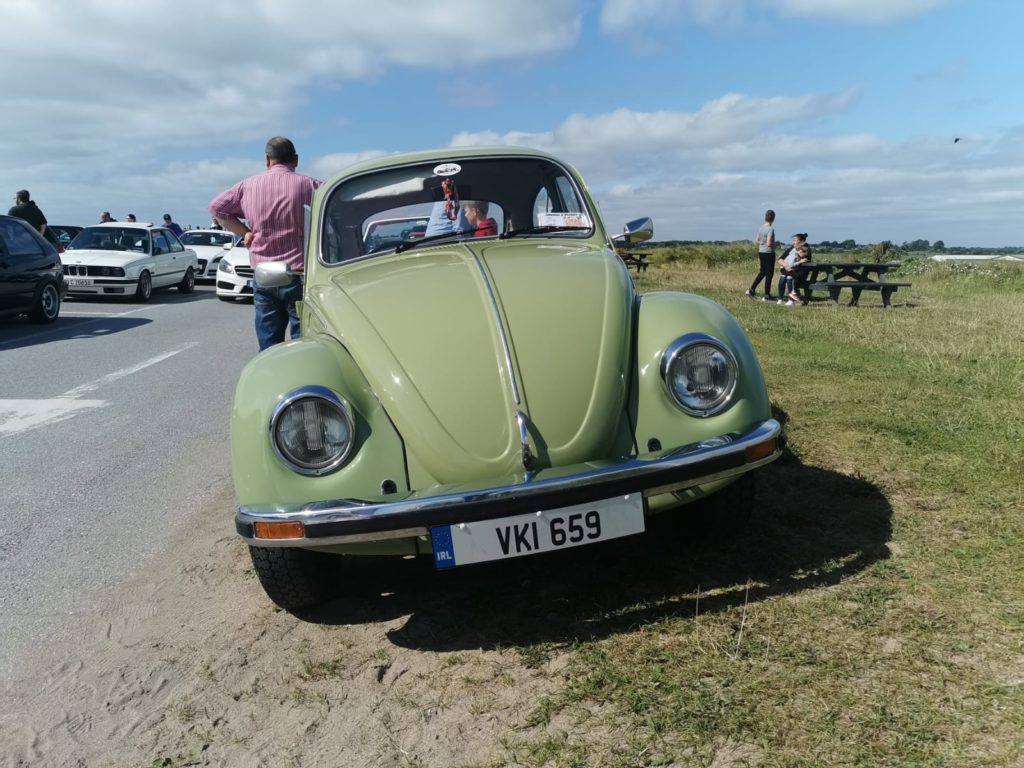 Thanks to Ed Toolan for submitting this Beetle to the Beetle.ie Census. I also want to thank Cian Power for adding his photos to this listing.

Both Ed & Cian spotted this 1977 Beetle in Youghal, County Cork, at the start of the 2021 VAGE Summer Run , which was held on Sunday August 1st.

This 1977 Manila Green (L63Y) 1200 Beetle Deluxe was assembled in Dublin in very late August/early September 1977. Once passed by quality control in MDL the Beetle was then sent to O’Brien’s of Tallow on September 9th 1977 where it was prepped for sale. Its first owner was based in Waterford hence the KI registration.

We have a blank in the Beetle’s history from September 1977 until Ed & Cian snapped it in Youghal apart from the fact that this Beetle was at some point in the care of Christy Roche’s garage in Carrigtwohill as you will see from the rear window dealer sticker. Other than that our history folder is a bit thin so if you are the owner or know the owner, please get in touch and help us fill in the blanks.

Thanks again to Ed & Cian for the photos. If you get a chance, why not look up Cian Power on Facebook and you’ll see a vast array of his motoring photographs which should keep you busy for a long time!

Interestingly, as well as having VKI 539 and VKI 964 on the Beetle.ie Census, we also have VKI 660 listed which was obviously registered in Waterford on the same day. Both cars were sold from O’Brien’s of Tallow. We don’t often get sequential listings so this was a nice surprise https://beetle.ie/vehicle/vki-660/