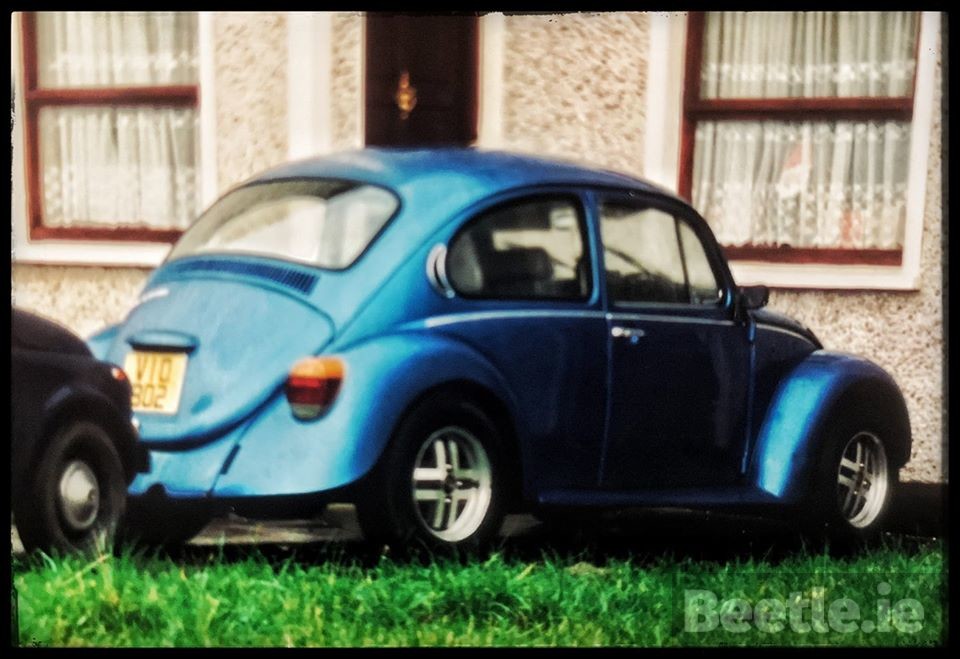 Roger O’Sullivan sent us this photo of a 1974 1200 Beetle Deluxe that he spotted back in the 1990s in Cork. Roger isn’t too sure whether it was in Ballincollig or Wilton that he photographed this Beetle. It seems to have been repainted in metallic blue at some point and the bumpers were removed. The plain black rear crescent vents have been changed for those from an Anniversary Beetle with the chrome effect trim which look well against the metallic blue paint. We’ve never seen Datsun wheels, possibly from a Laurel or a Bluebird, used on a Beetle but they look really well. Also fitted to this Beetle are a modern set of high back seats.

Sadly for this Kildare registered Beetle, it last changed hands in March 1998 and has not been seen since so not such a good sign!