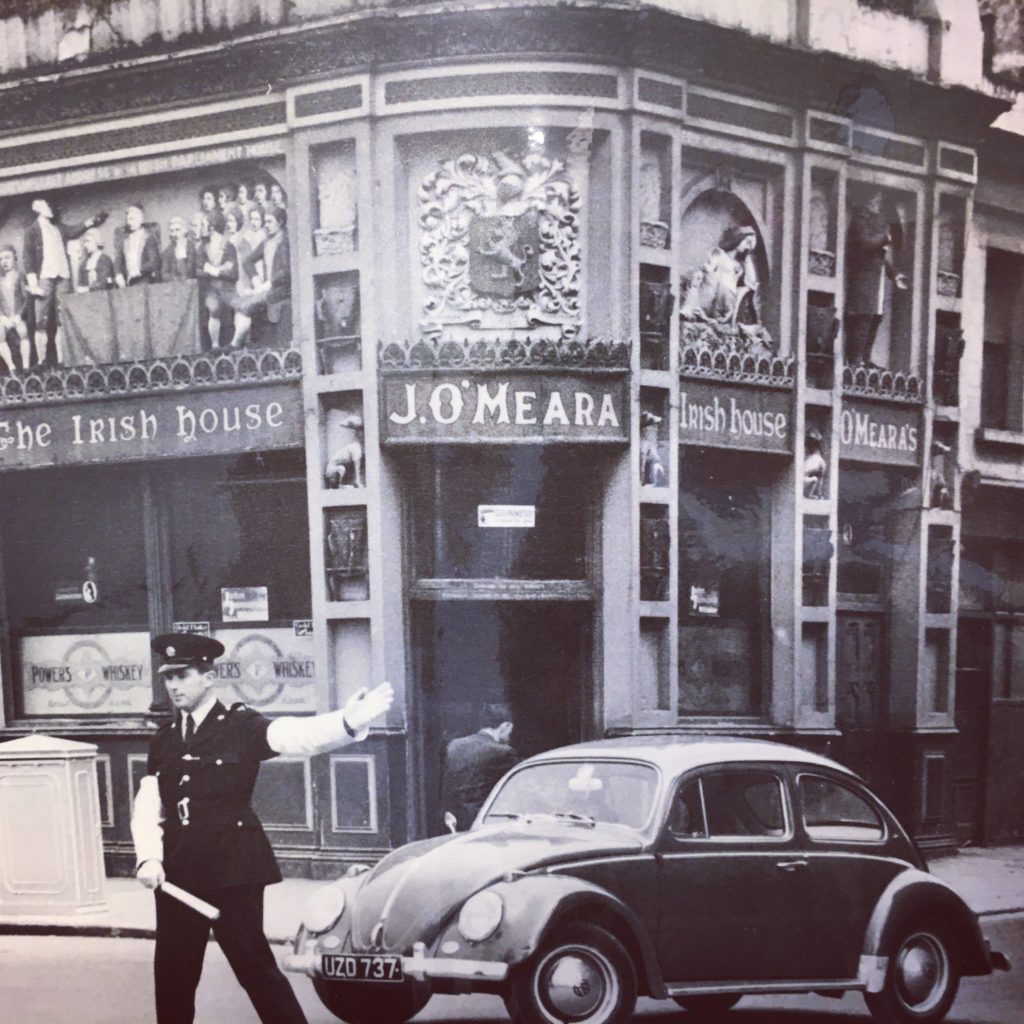 This vintage photo was submitted to us recently. Despite there not being a huge amount of information on this photo it is a fantastic period photo which was taken outside the famous but sadly now demolished Irish House Pub on the corner of Winetavern Street and Wood Quay in Dublin.

The Beetle itself was registered in Dublin back in April of 1963. It was fitted with rear stone guards to protect the bottom of the rear wings but sadly it did take a little knock on the front N/s wing. I’d imagine that little knock is the least of its worries as it’s probably landfill now!

Thanks for submitting the photo LC

The Irish House Bar: (with thanks to www.olddublintown.com)

The Irish House was a Victorian pub which stood on the corner of Winetavern Street & Wood Quay and was a well known drinking establishment for many years. This public house was the last pub to stand on Winetavern Street. As the street name suggests the street was well know for the many wine taverns that once occupied the street.

The ornate exterior of the Irish House included life size figures of Daniel O’Connell, and Henry Grattan addressing members of the Irish parliament.  Figures of Erin weeping over a string less harp, and six Irish wolf hounds graced the façade.  For over a century the building stood by the River Liffey until it was demolished to make way for the controversial Dublin Corporation offices