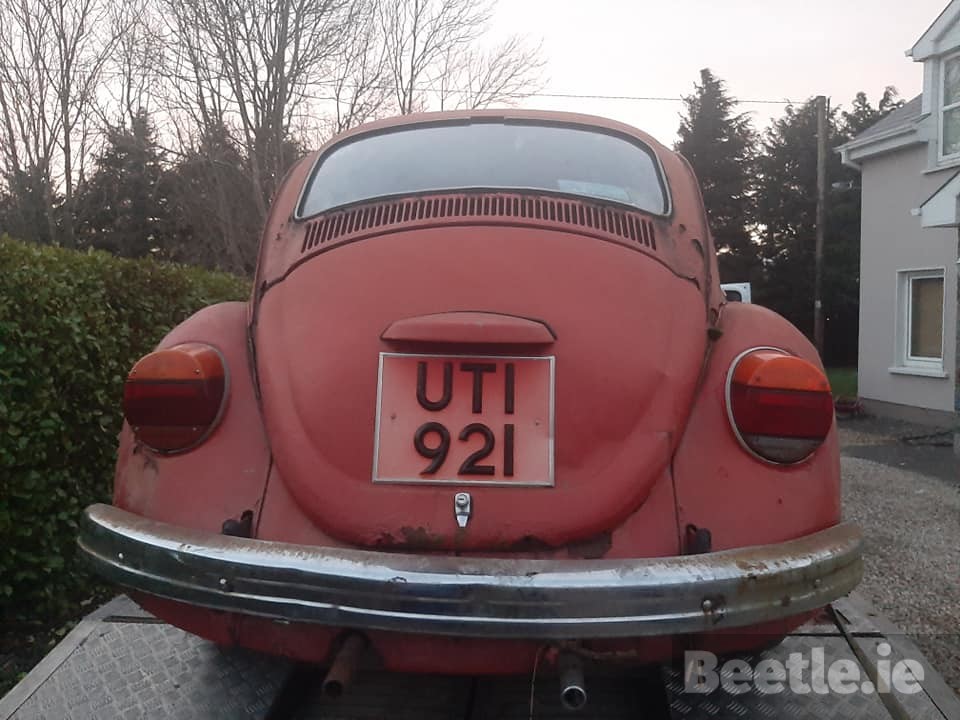 Sometimes we find out the history of an old VW from research but there are some cases when we are fortunate to know one of the previous owners and can get the history from them.

The Beetle was finished in Senegal Red (L31A) and was fitted with a 1200cc engine. It was bought in Frank Hogan’s Volkswagen dealership in March 1974 but the owner didn’t tax the Beetle until April. Over the years the Beetle went from Limerick City to County Clare, to Tipperary and then back to Clare again.

UTI 921 was owned by a friend of the current owner and you can see the older photo is from his ownership but sadly since that time the Beetle has not fared too well. In fact, it is now beyond economical repair according to the current owner and he may break it for parts, with those parts going on to keep other Beetles motoring.