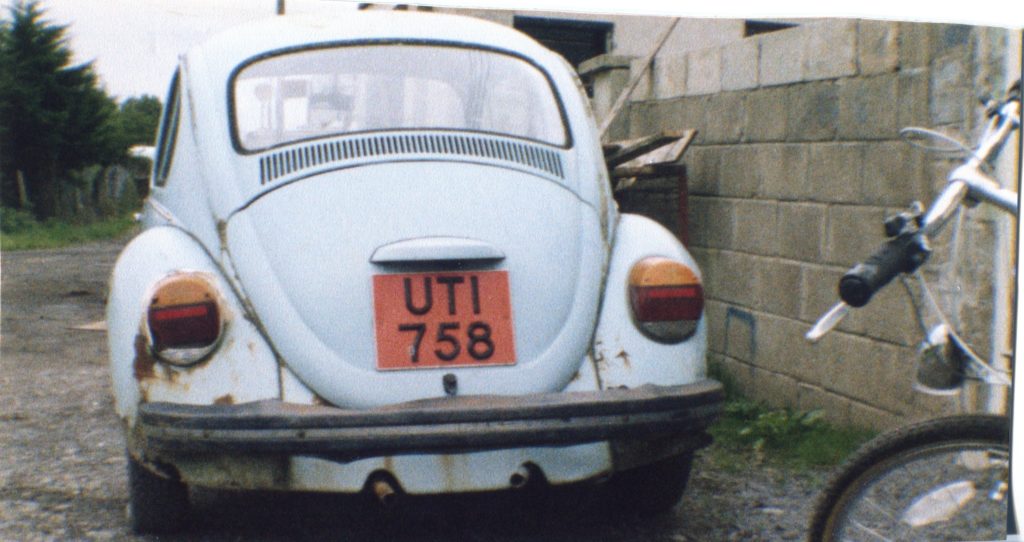 UTI 758 was photographed by Cathal back on September 27th 1989. The Miami Blue (L51C) Beetle was parked behind a row of houses in Parteen County Clare and it was thanks to Cathal’s school friend David who lived in the area that he was able to look at and photograph this Beetle. Looking way beyond economical repair (for the time) it would actually be quite an easy and attractive restoration project to take on today. Oh how times change!

The odd thing about this April 1974 1200N Base Model Beetle is that it is a 1200N Base Model Beetle as the Irish market didn’t officially get this model until the Colorado Beetle was introduced for a short period and then later in 1976/77 when the run-out of Beetles was happening prior to the end of production here in Ireland. We will have to dig deeper into the production history to find out more but there is always something new popping up, just when we think we know all there is to know! If you know anything about earlier 1200N Beetles for the Irish market then please get in touch and help us piece the Volkswagen in Ireland story together.