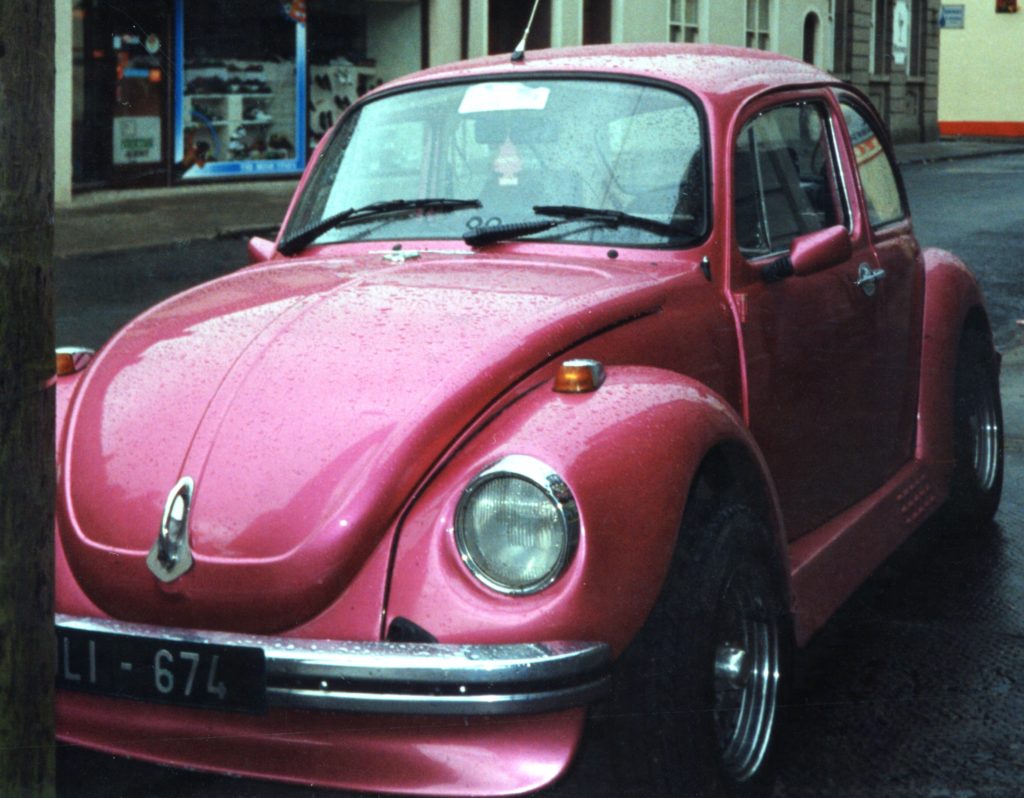 When this 1303 was delivered to Nugent’s VW dealership in Mullingar, County Westmeath it looked nothing like this at all! For one, the colour was Miami Blue (L51C) and it was 100% stock. In June of 1976 this 1303 Beetle left Nugent’s forecourt with its new owner who was from Westmeath. Between that date and the day that Brendan O’Brien spotted the very same Beetle in Mountmellick in County Laois in the early 1990s it had changed substantially.

Gone was the Miami Blue paint, having been changed in favour of metallic purple, which also covered the new custom running boards, mirrors and front spoiler. There was even a badge mounted on the top of the bonnet, which was dechromed, just like the rest of the body, apart from the bonnet handle trim piece. Chrome 5 spoke rims were fitted and the original 1300cc engine had been replaced with another 1300cc engine but that is all we know.