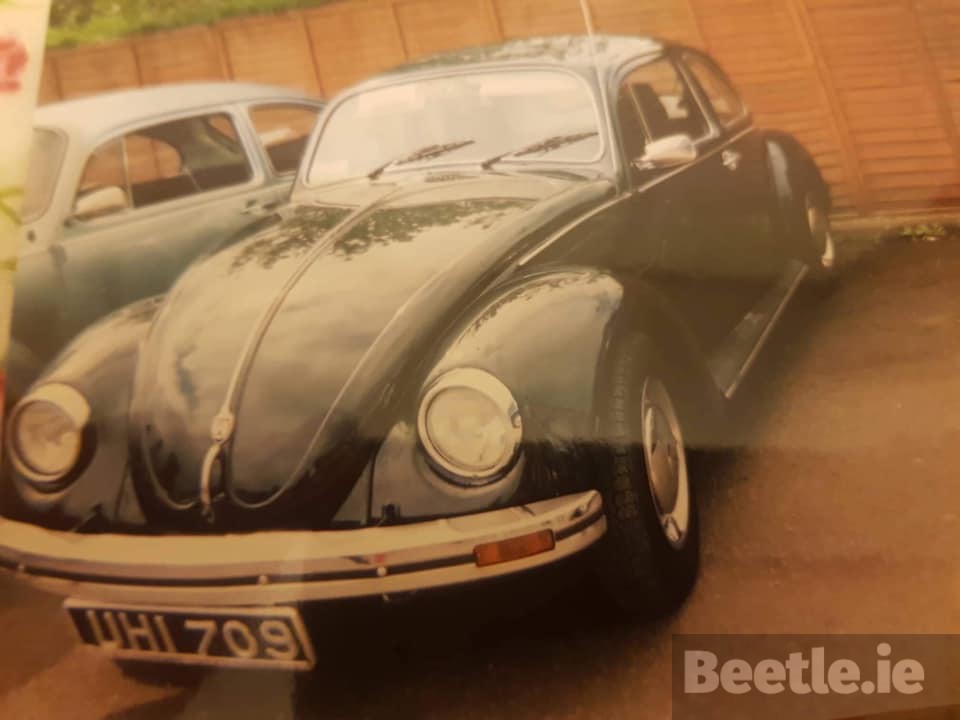 This Beetle is wearing an early 1969 Tipperary South Riding registration but of course there are a few telltale signs that indicate to a body swap such as the later wings and bumpers with indicators and bonnet to name but a few. At some point this Beetle had suffered quite badly with rust so the then owner decided that the only way to save the Beetle was to restore the chassis and then source a better body. A Mexican Beetle appeared and donated its body to the cause and rather than try and make the newer body look like a 1969 Beetle again, they were happy to leave it as-is.

Sadly this Beetle fell into disrepair over the next number of years and it was finally bought by our own Trevor Brady here at Beetle.ie who is using some of the bodyshell for body cuts on the restoration of his original Irish registered 1300S Beetle (2136 ZI) so despite being too far gone to restore, UHI 709 is providing valuable parts to a restoration and will help to keep another Beetle on the road. In fact, many of this Beetle’s parts have already been donated to other Beetles, so UHI 709 is actually helping to keep more than one Beetle on the road!