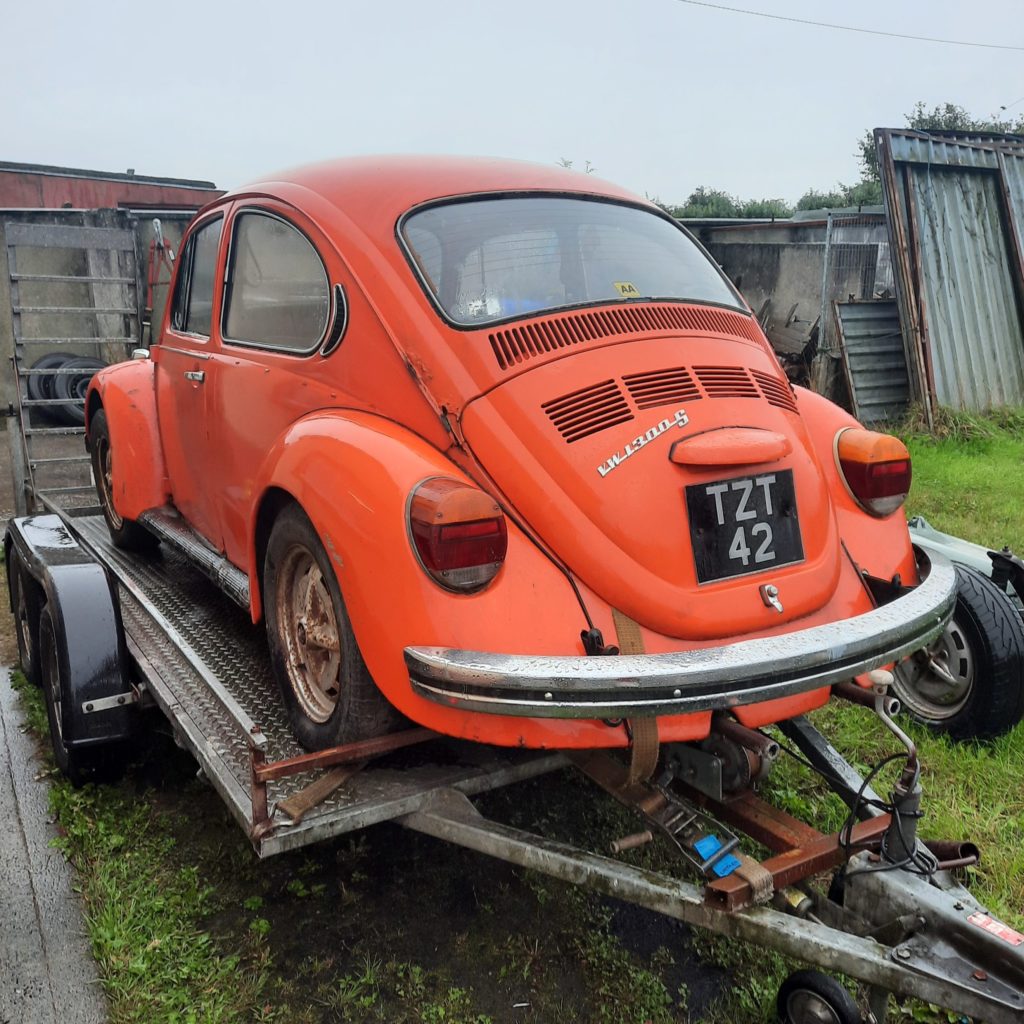 Another one of the original 300 Power Pack Beetles has been found! John Knightly contacted us at Beetle.ie with information on a previously unknown 1300S, a few months back. Obviously we were very interested to hear about it and John mentioned that he had the opportunity to take ownership of it. At the time, our own resident 1300S fanatic, Trevor, asked John for first refusal if he ever decided to move it on. A few months later, John remembered the request and gave Trev the opportunity to become the next owner. Needless to say, Trev jumped at the chance and the entire Beetle.ie staff headed for Kerry with a trailer in tow!

The car itself is largely un-messed with, with no major bodges inflicted over the years to keep it on the road. Sadly, it’s suffered similar rust to most other 1973 Beetles but curiously, in areas that other Beetles always rust out, such as the bumper brackets and front/ rear aprons, this one is still good.
All the original 1300S equipment is still present, except for the 1600 engine, which has been replaced by a later 1200.

Trev has his hands full with the resto of 2136 ZI and 1155 ZI, two other Power Pack Beetles so the jury is out on the fate of TZT 42. Watch this space! 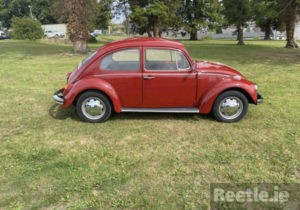