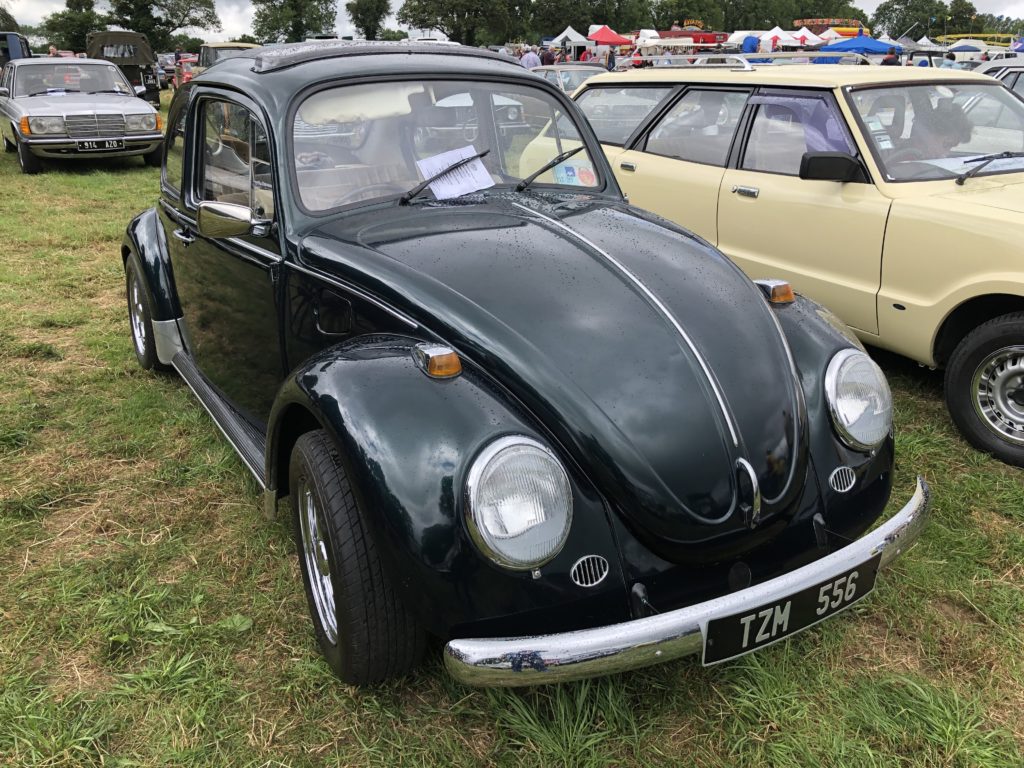 This ’75 Beetle looks a lot different to how it looked when it left the Naas Road plant in March 1975 for Athlone before being registered in Galway in June 1975. It had the larger rear lights, indicators in the front (Europa) bumpers, it was Sahara Beige and it didn’t have a ragtop. Its new look is fantastic and it’s obviously been very well minded since it was restored in Emilio’s Beetles.

The fully reupholstered seats and matching door cards looked very comfortable and the updated stereo allows you to listen to tunes with the roof back and the sun shining in. Heaven!

UPDATE 19-8-19: This Beetle was originally restored by Emilio’s Beetles back in 1993 and the ragtop sunroof was fitted then. This Beetle was painted at the time in BMW Metallic Green with a white bonnet, boot and roof and then went on to win many awards at shows. This Beetle has had an interesting history and was very close to being crushed!  TZM had been used for parts and was on its way to the crusher when Emilio spotted it and had to save it. Emilio’s Beetles restored the Beetle and the owner kept it for approx three years. Emilio bought it back and a new owner was found for it who used it as a daily driver up until 2004 . Guess what, Emilio bought the car back again and a new owner was  found for it. The new owner had Emilio’s Beetles repaint the car in a dark metallic green and it then resided in County Cavan for a number of years. Since then this green beauty has had two more owners including the present owner. Its great to see this lovely car live on despite its brush with death back in 1993. Some people say Green is an unlucky colour, however both this Beetle and Emilio would disagree!