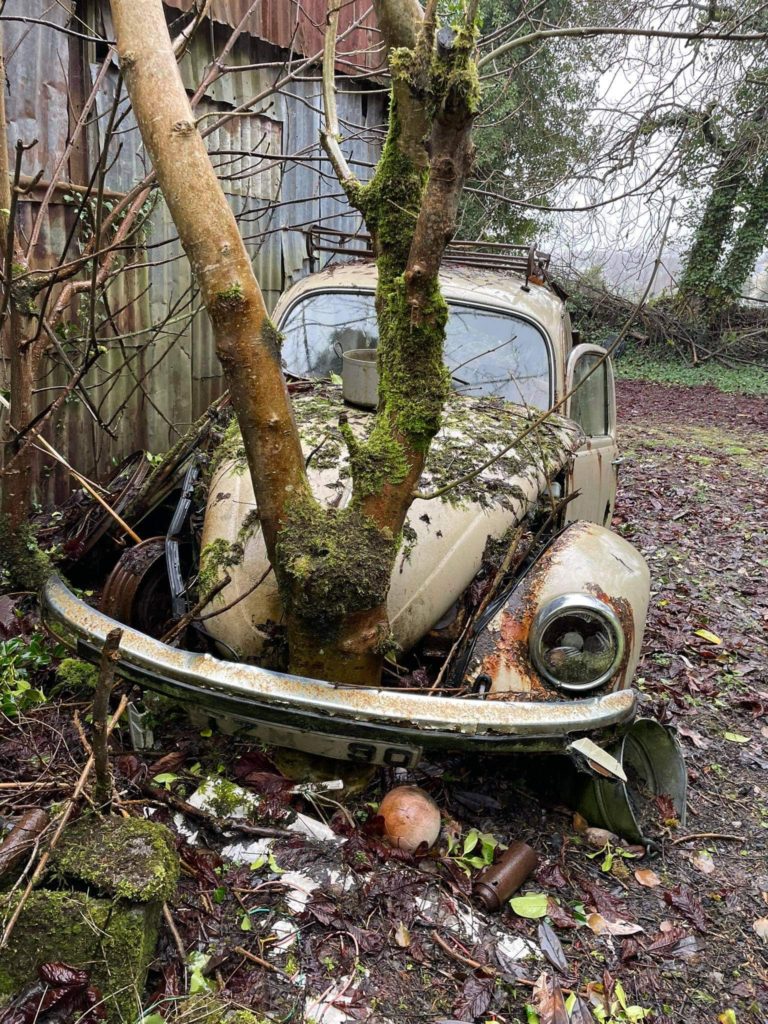 Not all VWs can be saved or offer an abundance of spare parts as Patrick Lynch has proven with this entry on the census.

Patrick sent us these photos in February 2022 of a sad and long forgotten 1975 Beetle that he discovered recently in Longford.

This 1975 Beetle is one of three Beetles that have sat in, and were covered by an ever growing garden in Longford for over 22 years. They were left there when the owner died and as you can see they have gradually rusted to the point that nothing is salvageable, bar some glass. Patrick: “There are three full cars and probably parts from another two cars spread around the garden. All gone beyond repair.”

TZM 790 was assembled in Dublin in February 1975 as a Dakota Beige (L13A) 1200 Beetle Deluxe, registered in Galway in May 1975 and at some point it made its way to Longford. The rest as they say is a very rusty history!

Thanks Patrick for the photos and information.