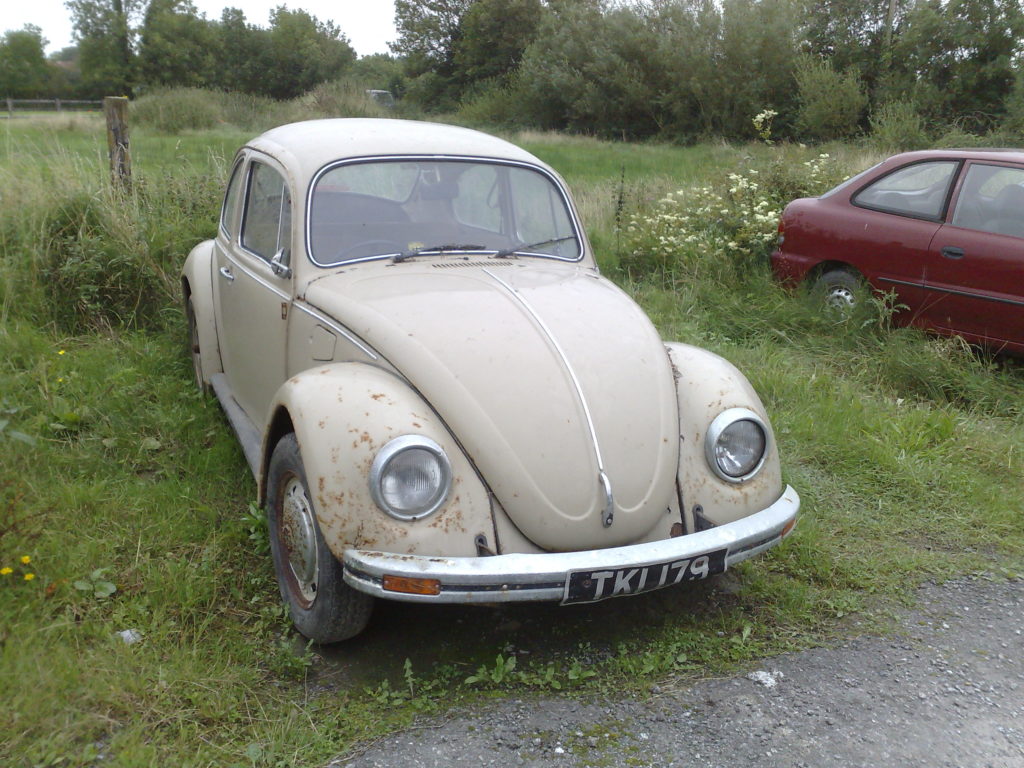 This Beetle was registered in Waterford on April 22nd 1976. I photographed it in August 2008 after it was pulled out of a barn. It was far rustier than the photos show and it was deemed unrestorable. It was one of those 70’s Beetles that simply rotted from the inside out. Once the body panels were removed it became apparent that this Beetle was never going to hit the road again. Its parts did go on to save more Beetles and keep them on the road so all was not lost.

Maybe by today’s standards it would be saved but even though it was only 2008, there were better Beetles available for restoration. Oh how times have changed!