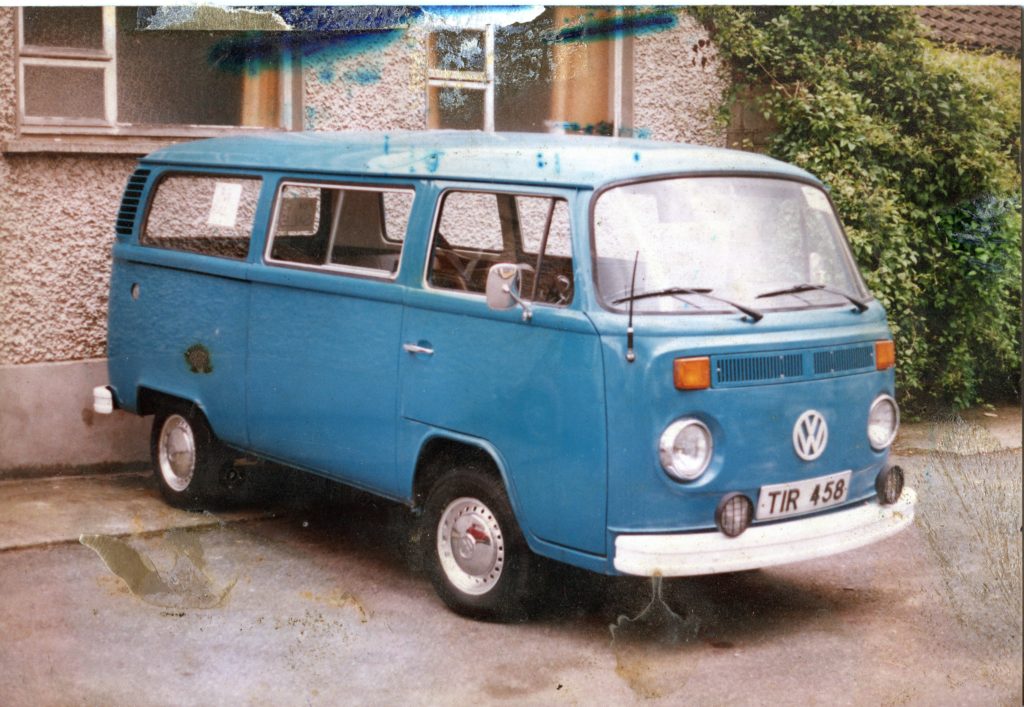 Some VWs are rare like Split Window and Oval Window Beetles or Barndoor Buses from the early 1950s but believe it or not, an original Irish built and registered Minibus is as rare a sight because so few survived and the ones that did manage to sneak through to the 1990s and 2000s were often converted into campervans. So to see an original, Irish built and registered Bay Window Minibus is certainly not going to happen every day, in fact, you would struggle to see one at a VW show these days. They are out there in very small numbers and in true “you wait all day for a Bus and then two come along” kind of way, we actually have another one on this very register which ironically is also a TIR registration. Now what are the chances of that happening eh?

Built in late 1977 in MDL on the Naas Road, this Ocean Blue (L57H) Minibus was then sent to its retailing dealer which was Nugents in Mullingar. It was registered on November 11th 1977. The next time we pick up the story on this rare machine is when this photo was taken when it was parked outside George Campbell’s Camvolks in Clane in the early 1990s. George told me that this was once owned by a convent but we are not sure if the convent purchased it new or secondhand. Either way, this was so well looked after by its owners in its 15 or so years since it left MDL. It really looked immaculate and was for sale at the time. What happened to it? We’re hoping you might be able to tell us and allow us to fill in the blanks. I can’t imagine it was scrapped because of its overall condition but I would lean towards the idea that this Bus was converted to a campervan.