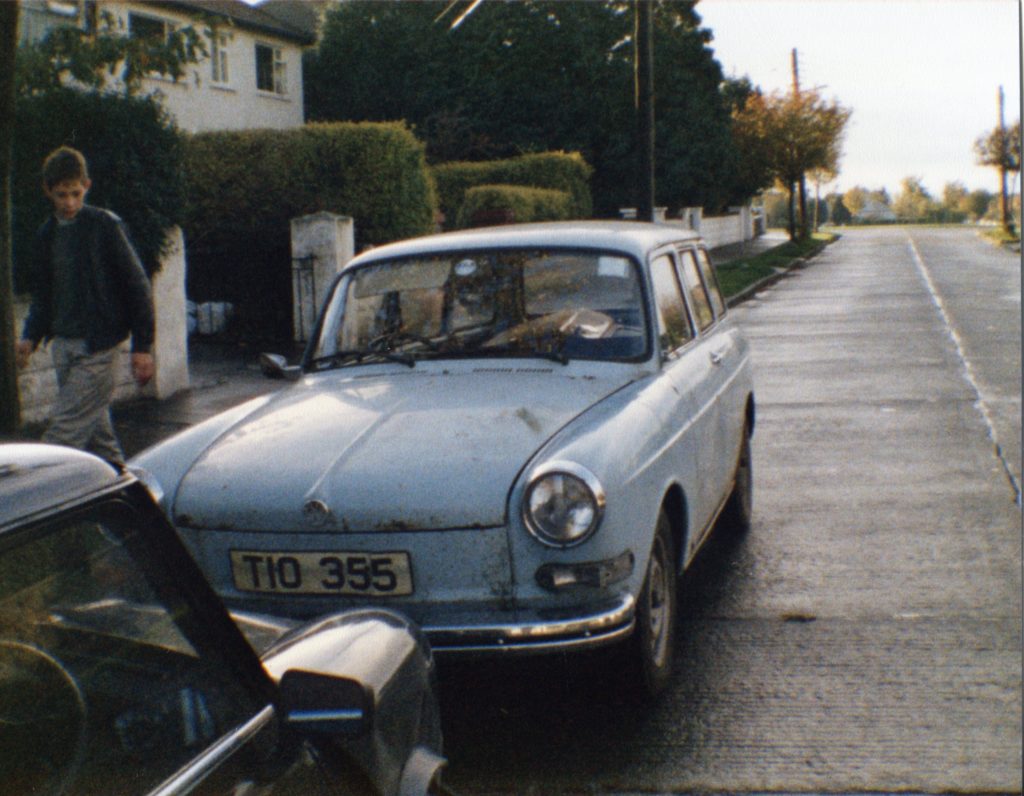 We don’t often see Type 3s of any variant, no pun intended, on Beetle.ie so it’s nice to see an original Irish Variant on the Census.

Production of the Type 3 models had ceased by 1973 so this Type 3 Variant was imported in early 1973 as a complete car by Volkswagen Ireland. Once processed at MDL’s Naas Road facility this 1600cc Marina Blue (L54D) Type 3 Variant was sent to its main Volkswagen dealer in Kildare to be sold. That dealer was Fitzpatrick’s VW dealership. The new number plates TIO 355 were fitted in March 1973 shortly before the new owner drove off the forecourt.

At the time this was taken in Dundrum this Type 3 Variant, or Squareback as our US cousins called them, was heading for 20 years of use but was still looking quite well. The back bumper was removed but it was working hard as a daily driver and a parts getter and still has some life left in it. At the time it was owned by Derek Burdock but he had given it to his friend Eoin to use. Eoin was restoring his Type 3 Fastback but had just sold his daily driver Cal Look Beetle (307 EZC) and was in need of some temporary transport.

Not much is known of the Type 3 after these photos were taken but it’s not believed that it was restored, more than likely after a few more years of work it was put out to pasture.